Pranav Mohanlal, the young actor is best known for his brilliance in handling the action sequences. The star kid, who is trained in gymnastics and martial arts, has inherited his father Mohanlal's immense passion for performing stunt sequences. Interestingly, Pranav Mohanlal has now impressed the netizens with his fighting skills in a throwback rehearsal video.

To the unversed, the Hridayam actor recently started using Instagram actively and has been giving a personal touch to his page by sharing his click and thoughts. Recently, Pranav Mohanlal shared a throwback video, which was recorded during the fight training sessions of his debut film, Aadhi. He is seen rehearsing for an action sequence with a stunt trainer in the video.

To the unversed, Pranav Mohanlal had learned Parkour for his character in Aadhi, which was an action thriller. The young actor earned rave reviews for his exceptional performance in the action sequences of the action thriller. Aadhi was helmed by hitmaker Jeethu Joseph, with whom Pranav has also worked as an assistant director. 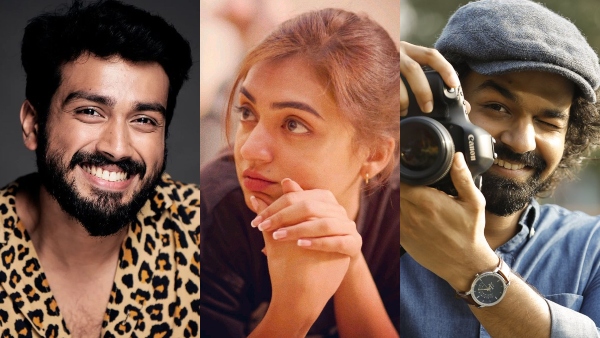 Pranav Mohanlal cemented his position as a promising young actor with his third and fourth outings in Malayalam cinema, the Mohanlal starrer Marakkar, and Vineeth Sreenivasan's Hridayam. The star kid's performance as the younger version of his father Mohanlal's character Kunjali had earned him wide appreciation. He had stunned with his performance in action sequences in the Priyadarshan directorial as well.

But it is Hridayam, which truly turned out to be the biggest turning point in Pranav Mohanlal's acting career so far. His performance as Arun Neelakandan won the hearts of both the audiences and critics. Now, the reports suggest that the young actor is reportedly all set to announce his next project, in a couple of days. Pranav might share the screen with Kalidas Jayaram and Nazriya Nazim in his next film, which will be helmed by Anwar Rasheed and written by Anjali Menon.