100 Days Of Love, the Dulquer Salmaan-Nithya Menen starrer movie, directed by debutante Jenuse Mohamed has finally hit the theatres. The movie is receiving mixed to positive reviews from the audience and critics. 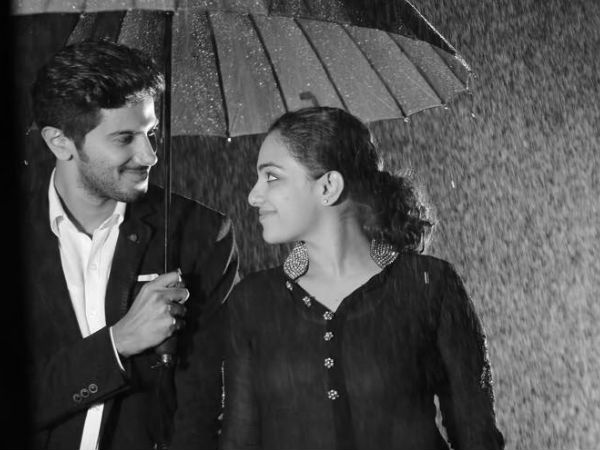 100 Days Of Love revolves around Balan K Nair aka BKN, who works as a columnist for a National daily. He lives with his best friend Ummer, who is a gamer. BKN meets Sheela, a happy-go-lucky who enjoys life after studies, in a rainy night and falls head over heels in love with her.

The movie has nothing new to offer, when it comes to the basic plot. But 100 Days Of Love stands out with the fresh narrative style and mind blowing performances by the actors.

Dulquer Salmaan, who plays BKN perfectly plays the role; even though it shows uncannible resemblance with the earlier characters played by the actor. Nithya Menen, who plays the female lead, perfectly fits into the role of a Bangalore based Malayali girl.

According to the responses from the audience, the chemistry between Dulquer Salmaan and Nithya Menen, beautiful narration, the stunning visuals, and mind blowing background score are the major plus points of the movie.

#100DaysOfLove getting good response everywhere , congratulations to #NithyaMenon , her cute smile does all magic n attracting her fans too

#100DaysOfLove - First half is interesting with lot of fun filled moments. Waiting for the second half. :-)