Ennum Eppozhum is the family entertainer directed by Sathyan Anthikad, with Mohanlal and Manju Warrier in the lead roles. The movie, penned by actor Raveendran and Ranjan Pramod, is produced by Anthony Perumbavoor, under the banner Ashirwad Cinemas. 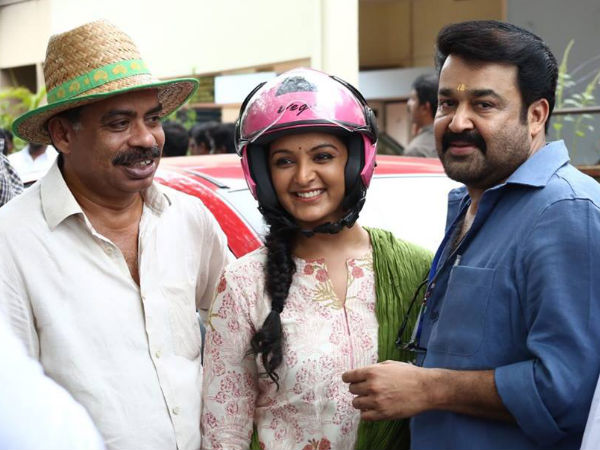 Vineeth N Pillai (Mohanlal) is the senior correspondent of Vanitha Rathnam. He is a lazy person, who continues in his job only due to his mother's influence in the company management. Vineeth's laziness irks Kalyani (Reenu Mathews), the new editor-in-chief of the magazine.

At the verge of losing his job, Vineeth tries desperately to get closer to Deepa, for an exclusive interview. This forms the crux of the story.

Mohanlal, who essayed Vineeth N Pillai, plays his role to near perfection. The actor steals the show with his charming screen presence and perfect timings of comedy. While Manju Warrier's portrayal of Adv Deepa is excellent in certain portions, her dialogue delivery looks artificial.
Reenu Mathews perfectly plays Kalyani. Master Minnon is another actor, who entertains the audience to the maximum. Rest of the cast, including Innocent, Lena, Jacob Gregory, Santhosh Keezhattoor, Renji Panicker are perfect in their respective roles.

The movie is directed by Sathyan Anthikad. The director succeeds in entertaining the family audience and fans of Mohanlal and Manju Warrier; but still hasn't come out of his cliche style.

The storyline, penned by actor Raveendran, has nothing new to convey; but is still engaging. The script by Ranjan Pramod perfectly narrates the simple plot. The dialogues perfectly sinks into the situations.

Neil D'Cunha is cinematography is decent. K Rajagopal's editing is up to marks.

Vidyasagar fails to meet the expectations with his repetitive songs; but scores with soulful background score.

A complete Mohanlal-Manju Warrier show, for the family audience.

Mohanlal plays Vineeth N Pillai, a senior correspondent of Vanitha Rathnam magazine. Vineeth is a lazy person who has no interest in his work.

Reenu Mathews as Kalyani, a headstrong young woman, who works as the Editor-in-chief of Vanitha Rathnam magazine.

Sathyan Anthikad, the hitmaker of M'town is back with yet another family entertainer.

Actor Raveendran debuts as a story writer with Ennum Eppozhum. According to Raveendran, the movie is based on some real life characters.

Ranjan Pramod has penned the screenplay for Raveendran's story.

Neil D'Cunha handles the cinematography and K Rajagopal is the editor.

Vidyasagar composes the songs and background score for the movie.

A complete Mohanlal-Manju Warrier show, for the family audience.