Reviews
Rating:
2.5/5
After a long wait, Aadupuliyattam has finally hit the theatres today. The film grabbed attention of the people, right from the day of the release of its first look poster which had actor Jayaram in an all new look

Aadupuliyattam is a horror-thriller, directed by Kannan Thamarakkulam. The film has been scripted by Dinesh Pallathu. It is after a brief break that a horror-thriller movie is releasing in Malayalam and hence the expectations on the movie have been good enough.

Take a look at some of the interesting posters of Aadupuliyattam..

The story of Aadupuliyattam is based on an age-old myth which is shown in the beginning of the film. The film then travels through the life of Satyajith(Jayaram), who is a rich businessman. He goes through some hallucinations and encounters some mysterious experiences which takes him to a Saint(Om Puri). What happens rest forms Aadupuliyattam.

Aadupuliyattam is the second outing of Kannan Thaamarakkulam as a director after the forgettable Thinkal Muthal Velli Vare. The director has improved a lot and has been able to package the film without much glitches. But, still he falls short on providing the necessary chills which is much required for a horror-thriller. The director could have worked much more on that.

Dinesh Pallath weaves out a story that suits the mood of a horror-thriller. At the same time, the film is not devoid of cliche elements that are found in usual horror films. The film does move on to a repetitive track in the second half, after the comparatively better first half.

Jayaram gets an image makeover sporting thick beard and moustache. He looks confident throughout the film and has delivered a sincere performance. Ramya Krishnan excels in her role, probably we can't imagine anyone else in that role. Om Puri does a decent job in his second outing in Mollywood. Ramesh Pisharody and Pashanam Shaji provide us with some occasional laughs.

Sheelu Abraham has nothing much to do. Sampath does a good job delivering a solid performance. Special mention to Baby Akshara who simply stole the show.

Jithu Damodar deserves a good round of applause for setting some brilliant frames tht did gel well with the genre of the movie.

Songs of the film set to tune by Ratheesh Vega, have already been a big hit. 'Karuppana Kannazhugi' has some splendid beats and the song has been well-picturised. BGM lifts the movie at most of the times but there are certain portions where it felt to be louder than required.

Aadupuliyattam is nothing new and is an ordinary horror movie which might turn out to be a watchable one for the lovers of the genre. 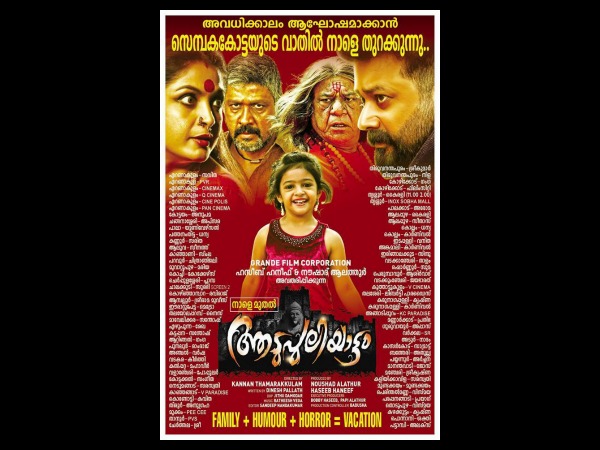 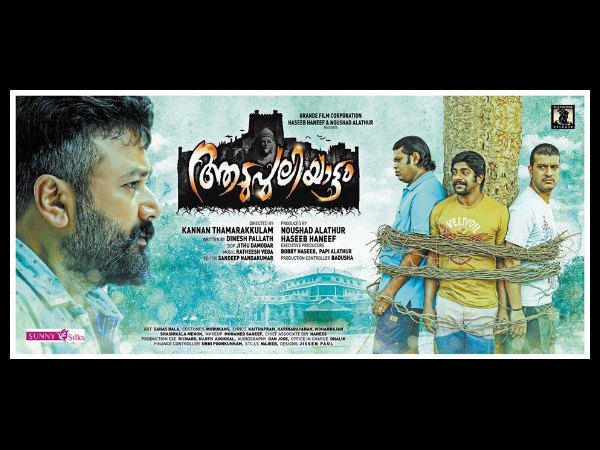 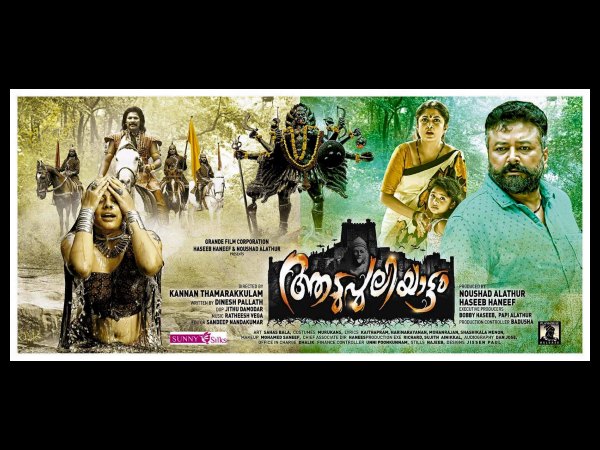 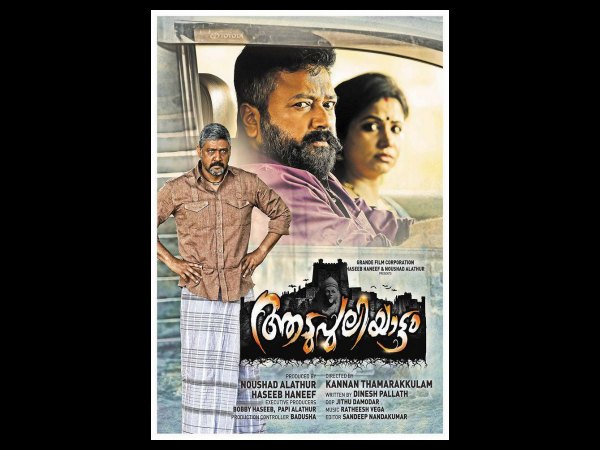 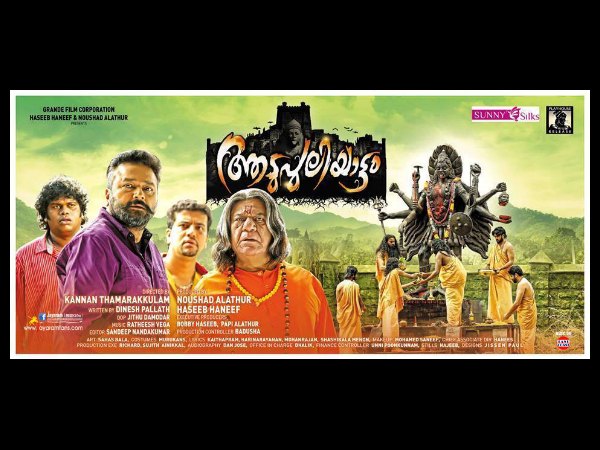 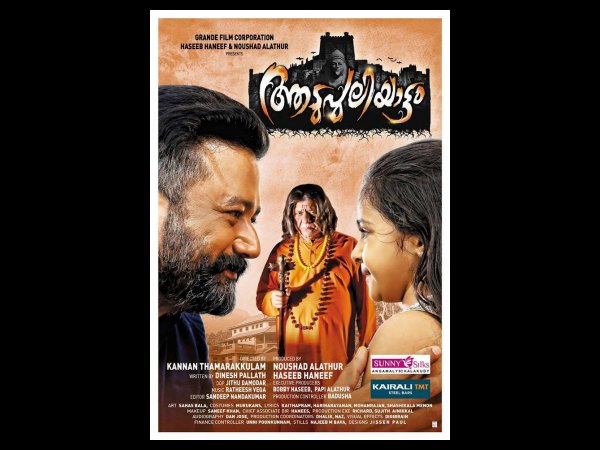 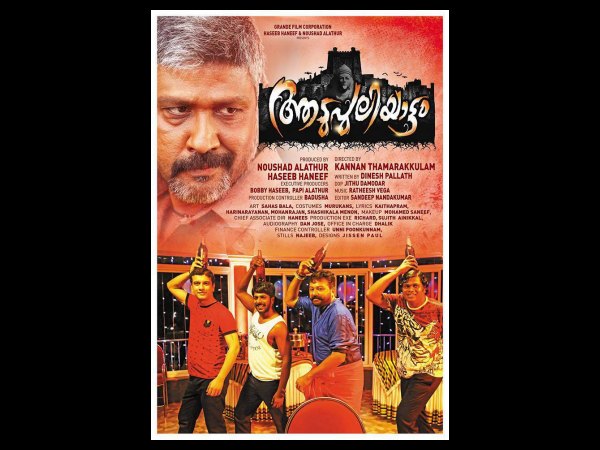 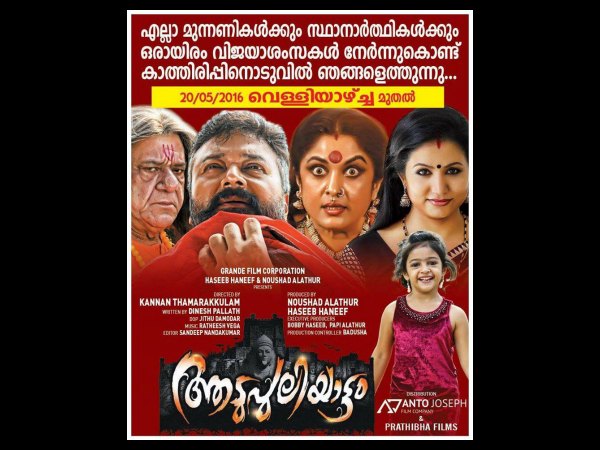 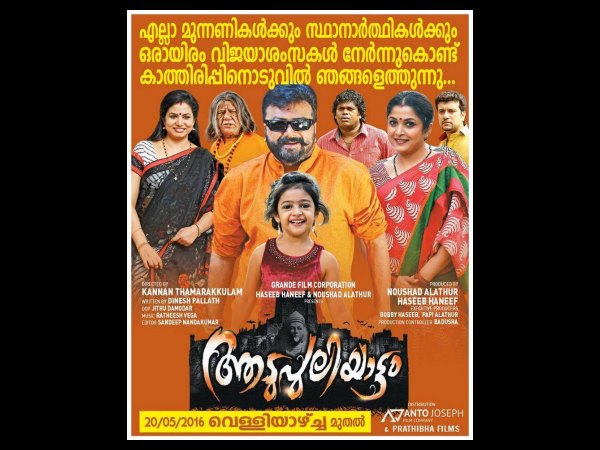