Lucifer, the film has come up with a whole lot of specialities and the most important one is the fact that the film marks the first collaboration of Mohanlal and Prithviraj. The debut vehicle of Prithviraj as a director is, in fact, a film which has left every movie buff talking about. Has Lucifer lived up to that hype and expectations? Read Lucifer review here to get a clear picture regarding this.

Before delving into the details, it has to be made clear that Lucifer is just not about politics. The writer and the film-maker have chosen a political backdrop to narrate the story but it has a wider scope apart from the obvious. What Murali Gopy said in one of the interviews is true that this script has the maximum mass elements among all his works. The storyline isn't extraordinary or out of the box but Lucifer's screenplay has those moments that are necessary for a mass entertainer. The characterisations are also neat. However, the script does fall into a clichéd angle somewhere towards the end but the smart turn works the punch.

And these moments have been ably packaged by Prithviraj. It is a big project that has been made with a huge cause and his control over the proceedings deserves to be applauded. His skills as a director could easily be read by the way in which he handles the initial proceedings, which is a very tough array of sequences that are hard to be conveyed. He has handled that with care like an expert and thus giving a befitting start to the film. He has paced the film in a very good manner. The first half moves forward with a templated pace but in the second half, the film shifts gears with the film-maker offering some really good moments for the fans. It is quite interesting to see the way in which he has extracted the best from the actors. Even in the case of the mass sequences, he doesn't overdo them and saves the best for the right time.

Whenever this man comes to the big screen, he simply steals the show and Lucifer is no different. Mohanlal appears in the way that we have been longing to see him. He delivers a terrific performance as Stephen Nedumbally and even just a stare makes a massive impact, something which only he can do. The one-liners and the reference to some of his previous film characters are sure to give audiences goosebumps.

The film has a huge supporting star cast. Manju Warrier has done a neat job as Priyadarshini. Vivek Oberoi gets to play a well-written role and it is one of the finest performances by any other language actor in Malayalam. Indrajith proves his mettle yet again in a very interesting role although we wanted to see more of him in the movie. Tovino Thomas stuns everyone, especially in one of those crux scenes, which is one of the best scenes of the film. It was a pleasure to see Saikumar in a full-length role after a long time. Lucifer also features Kalabhavan Shajon, Baiju, Nyla Usha, John Vijay and other prominent actors in important roles.

A special mention to the BGM by Deepak Dev which suits the movie well. He doesn't repeat the notes, which in turn gives the audiences a fresh viewing experience. Cinematography by Sujith Vaassudev is splendid with Mollywood getting some really new and fresh frames. Editing works are also fine even though one would feel that the runtime could have been trimmed a bit.

Lucifer is a film that has the ingredients properly mixed for an intense entertainer, which can be savoured by one and all. 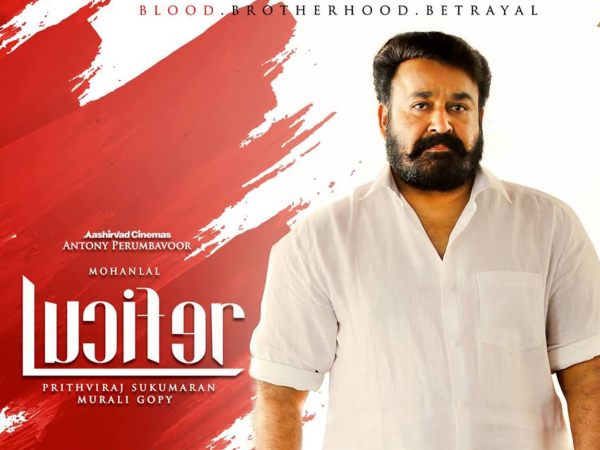 ALSO READ: Lucifer Twitter Review: Here's What The Audiences Feel About The Movie!