Forensic is the crime thriller that features Tovino Thomas in the lead role. The movie is written and directed by the newcomer duo Akhil Paul and Anas Khan. Mamta Mohandas has appeared as the female lead in Forensic, which is touted to be the first-ever Malayalam film to revolve around the forensic department of Kerala Government.

Did the Tovino starrer succeed in impressing the cine-goers? Read Forensic movie review here to know...

Dr. Samuel John Kattookkaran (Tovino Thomas) is a medico-legal adviser who works for the forensic science lab of the Kerala Government. He is assigned to assist the chief investigating officer Rithika Xavier IPS (Mamta Mohandas) in the investigation of the serial murders of young girls in the city. Despite being not comfortable with working together, Samuel and Rithika try their level best to track down the killer. What happens next forms the crux of the story.

Newcomer duo Akhil Paul and Anas Khan make a decent directorial debut with Forensic, which can be easily stated as a different yet appealing crime thriller. The directors, who have also scripted the film, have succeeded in effectively portraying the lives of forensic officers and their role in an investigation.

The movie begins on a promising note steadily progresses towards the amazing interval punch thus presenting a thoroughly enjoyable and engaging first half. However, things are different when it comes to the second half, where Forensic loses its grip at certain points. There are a few cliche scenes and dialogues, which were totally unnecessary.

Most of the characters, except Tovin Thomas's Dr. Samuel John are underwritten, which is a letdown. However, the movie effectively portrays a valid social issue without getting preachy, which is commendable.

Tovino Thomas has done a decent job in the role of Dr. Samuel John Kattookkaran, the forensic officer. The actor carries almost the entire film in his shoulders, even though the character is a cakewalk for him.

Mamta Mohandas has done justice to her character Rithika Xavier IPS but has nothing much to do in her underwritten character after a certain point. The rest of the star cast, including Reba Monica John, Renji Panicker, Saiju Kurup, Dr. Rony David, Prathap Pothen, Dhanesh Anand, and all the child artists have done their respective parts well.

Akhil George, the DOP of the project has done a great job with the visualization, that creates the perfect ambiance for an investigation thriller. The editing could have been better, as the cliche sequences totally deserve a trim.

Jakes Bejoy, the music director scores with the highly appealing background score, which elevates the total mood. Vishnu Govind and Sree Shankar, who have handled the sound design of the project, deserve special mention.

Forensic is a different yet appealing crime thriller that will keep the audiences engaged, despite having a few flaws. Watch this Tovino Thomas starrer if you love edge-of-the-seat thrillers. 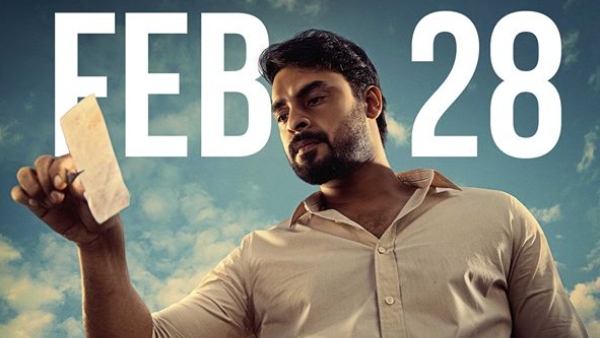 Forensic Twitter Review: Here's What The Audiences Have To Say About The Tovino Thomas-Starrer!