Maniyarayile Ashokan, the maiden production venture of Dulquer Salmaan recently premiered on Netflix as an Onam 2020 special release. The movie, which features Jacob Gregory in the titular role Ashokan, depicts the story of a young Malayali and his marriage dreams. Maniyarayile Ashokan is directed by newcomer Shamzu Zayba.

Ashokan (Jacob Gregory) is a middle-class Malayali youth who is highly insecure about his height and complexion. Despite being a government employee, he struggles to find the right life partner due to his looks and problematic horoscope. After a failed marriage proposal, Ashokan meets Shyama (Anupama Parameshwaran), who has been secretly in love with him all this while and falls for her.

But the horoscope creates trouble for him once again. How Ashokan resolves his problems and settles down with the girl of his dreams. What happens next forms the crux of the story. 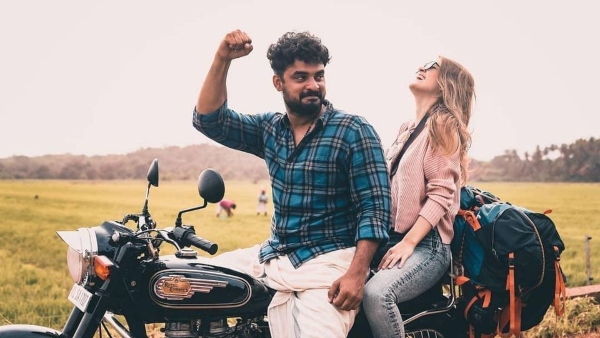 Kilometers And Kilometers Movie Review: A Beautiful Journey Of Love And Self Discovery!

Magesh Boji and Vineeth Krishnan have penned the story and screenplay for this Shamzu Zayba directorial. The biggest strength of Maniyarayile Ashokan is its simple plot and the highly relatable characters. All the characters, from the protagonist Ashokan to the surprise cameos by some of the most popular stars, instantly connect with the audiences. The story does remind of yesteryear films Vadakkunokki Yanthram and Kadinjool Kalyanam at certain points, but the similarities end right there.

The director and writers have succeeded in weaving a pretty engaging narrative with the right amount of humour and wise placements of songs. The movie falls into a slow pace at certain points, but that doesn't really affect the entertainment factor. The twits and surprise elements are handled effectively and presented well. The beliefs and rituals regarding the marriages in Kerala are narrated with absolute simplicity, and this makes Maniyarayile Ashokan a total fun watch.

Jacob Gregory, who plays Ashokan, steals the show with his subtle yet matured performance. The actor has portrayed the inner turmoil of his character with absolute perfection. We wish to see him in more author-backed roles like this. Krishna Shankar delivers a decent performance as Ashokan's best friend Ratheesh. Dulquer Salmaan is at his charming best in his cameo appearance as Ashokan's childhood friend Arjun.

Sunny Wayne provides comic relief in his cameo as Ashokan's cousin Ajayan (his real-life wife Renjini appeared as Ajayan's wife). But the actor should have toned down a bit at certain points. Anupama Parameshwaran delivers a decent performance as Shyama but has nothing much to do in her minimal role. Her character has striking similarities with all the roles she has played in Malayalam cinema before.

The rest of the star cast, including Vijayaraghavan, Shine Tom Chacko, Sri Lakshmi, Nayana Elsa, Kunchan, Sudheesh, Anu Sithara, Shritha Sivadas, Al Sabith and so on are perfect in their respective roles.

Sajad Kakku, the debutant cinematographer has done an excellent job with the amazing visuals of the movie. Sreehari K Nair, the newcomer has totally elevated the mood of Maniyarayile Ashokan with his soulful tunes and perfect background score. The audiography, art direction, and costume departments deserve special mentions.

Maniyarayile Ashokan is a simple, relatable tale of marriage, which can be enjoyed with family this Onam season. The simple theme, soulful music, and great performances make it an entertaining movie experience.

C U Soon, Maniyarayile Ashokan & Kilometers And Kilometers: Movies To Watch Out for This Onam! 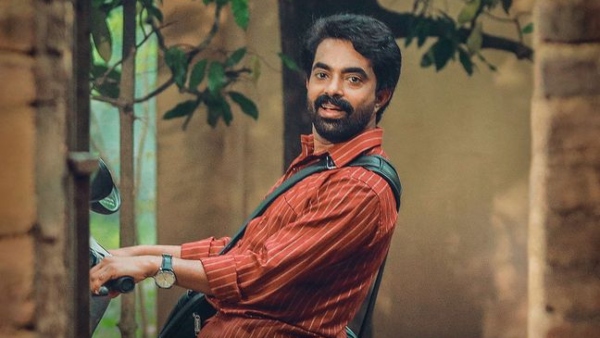 Maniyarayile Ashokan Trailer Is Out: Dulquer Salmaan Surprises With A Special Appearance!