Did the Prithviraj Sukumaran-starrer impress the audiences? Read the Cold Case movie review here, to know...

Interesting plot and the engaging first half

Weak second half and climax

A human skull is found from the backwaters, and ACP Sathyajith IPS (Prithviraj Sukumaran) is assigned to investigate the case. Meanwhile, Medha Padmaja (Aditi Balan), a journalist and single mother shifts to a new house with her little daughter Chinnootty, where she experiences paranormal activities. Sathyajith and Medha proceed with their respective investigations and reach a common point. What happens next thickens the plot. 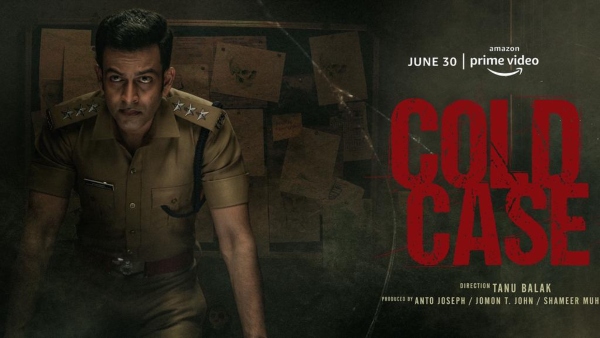 Tanu Balak makes a decent directorial debut with Cold Case, which is scripted by Sreenath V Nath. The movie begins on a highly promising note with the introduction of two intriguing parallel tracks. What works in favour of the movie is its crisp narrative that doesn't spend much time establishing its leads or premise.

The best thing about Cold Case is that it stays away from unnecessary subplots, fight scenes, and most importantly, a romance track. This crisp storytelling makes the movie an engaging watch for most of its run time. There are rare light moments (especially the Drishyam reference), that brings a smile. The way the current pandemic situation is blended into the narrative deserves a special mention.

But Cold Case falters when it comes to the second half (or maybe the last 30 minutes), where the narrative suddenly gets into a 'cold' mode. The template horror track looks forced and falls flat, despite providing quite a few moments of jump scares. Also, the track is completely sidelined towards the end, and the movie focuses completely on the routine investigation story. The climax too looks rushed and forced, thus leaving the viewers unsatisfied. Cold Case definitely had the potential to be much more. 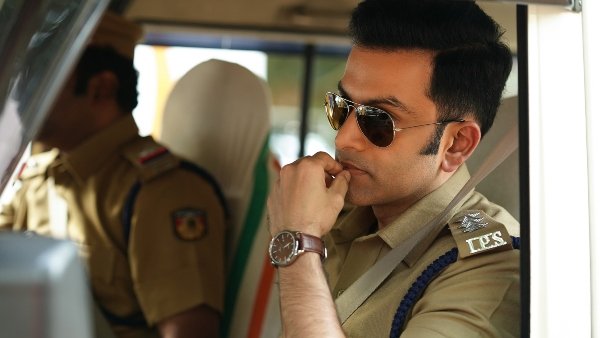 Prithviraj Sukumaran, who plays ACP Sathyajith has excelled as the reserved, intelligent police officer. The actor breaks his signature hyper-masculine mould with the brilliant underplay in Cold Case. Even though the character doesn't offer him much to perform, Prithviraj's screen presence and exceptional voice modulation unarguably make the storytelling more appealing.

Aditi Balan has delivered a decent performance as journalist Medha Padmaja. But the excessive underplay and lip-sync issues play spoilsport at certain points and the actress evidently struggles to create the much-needed impact.

Late Anil Nedumangadu makes a mark with the final performance of his career as CI Ziyad. The rest of the star cast, including Lakshmi Priyaa Chandramouli, Athmiya Rajan, Suchitra Pillai, Pooja Mohanraj, Ravi Krishnan, Alencier Ley Lopez, Maala Parvathi, and so on have played their parts well.

Jomon T John and Gireesh Gangadharan, the cinematographers have done a brilliant job with the visualisation of the film. The DOPs have succeeded in creating perfect backdrops for the two parallel narratives, which keeps the overall mood intact. Shameer Muhammed, the editor too has done a good job.

But it is the background score by Prakash Alex, that makes Cold Case a great edge-of-the-seat thriller experience for most of its parts. However, the song is just forgettable. The sound design and art direction departments too deserve a round of applause.

Cold Case is not your usual cop thriller that offers a lot of twists and thrills. This Prithviraj Sukumaran-starrer is a decent investigative-horror thriller, that emerges as a pretty engaging watch. But, the movie might disappoint the viewers who expect more.