Aaraattu, the highly anticipated project that features Mohanlal in the lead role, has finally hit the theatres. The movie, which is directed by B Unnikrishnan and penned by Uday Krishna, is touted to be an 'unrealistic' mass entertainer. Mohanlal is back with his celebrated mass hero avatar with Aaraattu, which marks the actor's first theatrical release of 2022.

Humour and some of the movie references

Neyyattinkara Gopan (Mohanlal) arrives in the Muthalakotta village of Palakkad district Kerala with a special motive. Even though he initially faces the wrath of villagers who suspect his intentions, Gopan slowly gains their trust with his noble actions. But there is more than what meets the eye. 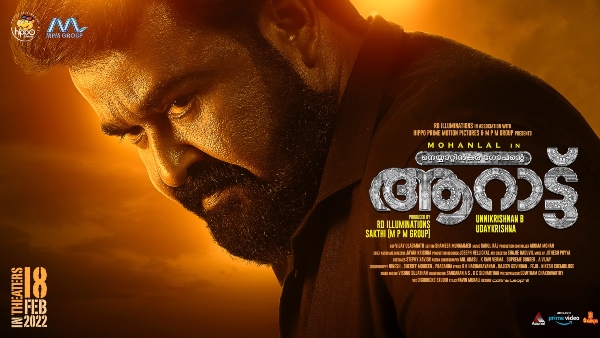 Aaraattu Twitter Review: Did The Mohanlal Starrer Live Up To Expectations?

B Unnikrishnan, the renowned filmmaker has finally attempted a genre that is new to him - out and out mass entertainer - with Aaraattu. This film is solely made to celebrate Mohanlal - the biggest superstar of the Malayalam film industry, as the director described in the recent interviews. And it lives up to that claim to a certain extent. Aaraattu is a film that never takes itself seriously and wants the audiences to do the same.

The first half is thoroughly entertaining and engaging - especially if you are well-aware of the illustrious filmography of Mohanlal. The references to some of the most iconic acting moments, songs, and dialogues of the complete actor's career work well initially. However, after a point it is overdone. Writer Uday Krishna has made sure that the initial moments of Aaraattu are filled with everything that appeals to a die-hard Mohanlal fan.

However, this entertainment quotient goes downhill towards the second half with unnecessary characters (especially some of the female characters who have absolutely nothing to do), subplots, a bizarre flashback, and a lukewarm climax. The intention behind Mohanlal's character mouthing a Telugu dialogue in every scene is still a mystery. Even if we take Aaraattu as a simple entertainer, the experience is not fulfilling. 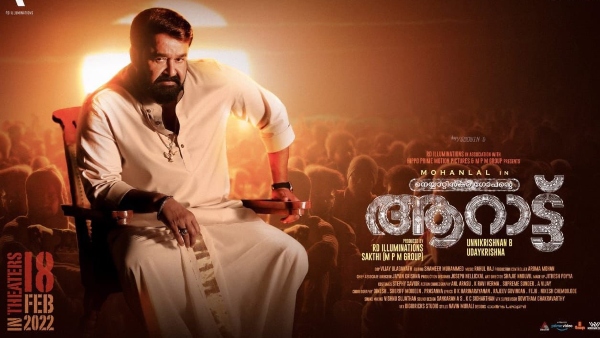 Aaraattu First Review Is Out: This Mohanlal Starrer Is For The Masses!

As mentioned earlier, Aaraattu is a complete Mohanlal show. The superstar once again amazes with his infectious charm and unmatchable energy on the silver screen. Even though playing a character like Neyyattinkara Gopan is a cakewalk for Mohanlal, the superstar is at his best - especially in the humourous and action sequences.

Shraddha Srinath, the leading lady has delivered a decent performance in her minimal role. It was refreshing to watch senior actor Siddique in a comical role, even though his character was strictly one-dimensional.

The excellent visuals by Vijay Ulaganath make Aaraattu a complete visual treat. Editing by Shameer Muhammed is not up to the mark. Rahul Raj, the music composer has done a decent job with the background score, which sets the perfect mood for this mass entertainer. However, the songs are forgettable.

Aaraattu is a film that celebrates Malayalam cinema's biggest superstar, Mohanlal. This is film is solely made to entertain the fans of Lalettan and mass cinema lovers and does the same. Aaraattu is a perfect watch if you want to have a blast at the theatres. and forget about the moment you step out