Bigg Boss Marathi 3's latest episode starts with a huge fight between Jay Dudhane and Vishhal Nikam. By the end of the fourth round, Vishhal puts Santosh Chaudhary aka Dadus' name on the board, however, he removes it later claiming that he is the sanchalak and he can do whatever he wants to. Jay and Mira disagree with the same. On the other hand, Sonali Patil also gets angry at Vishhal.

Later, Jay Dudhane explains the situation to Sneha Wagh. After that, Jay takes an unnecessary dig at her and says that she is going to give him a shoulder as support. This statement doesn't go down well with Sneha as she gives him weird look. On the other hand, Meenal Shah, Vikas Patil and Sonali Patil discuss about Vishhal Nikam's strange behaviour during the task.

After that, Bigg Boss asks Vishhal Nikam his final decision. He tells that Dadus is out of the game. Eventually, both the teams have two members each for the captaincy task. Hence, Bigg Boss announces that there will be four candidates like Sonali Patil, Trupti Desai, Sneha Wagh and Gayatri Datar for the captaincy task. After the announcement, Aavishkar Darwhekar tells Dadus that Meenal, Vikas, Sonali and Vishhal never consider him in the group and always side-line him.

The next morning, housemates wake up to the song 'Aayna Ka Bayna'. In the bedroom area, Jay Dudhane tells Utkarsh Shinde that Vishhal Nikam has broken the group. In the garden area, Vikas Patil tells Jay and Utkarsh that Vishhal never listens to anyone. Utkarsh tells Mira, Gayatri and Trupti to play with them. Vikas and Meenal plan to make Sonali the captain of the house. 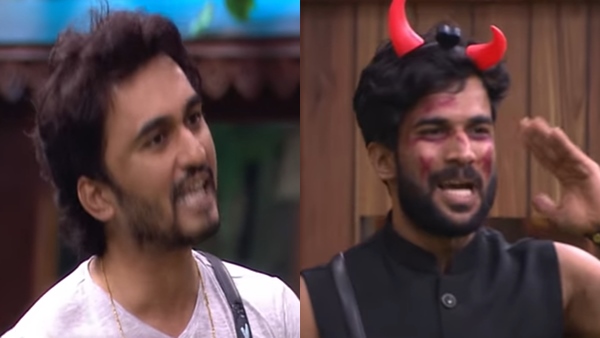 In the bedroom area, Aavishkar and Meenal engage in a war of words. Meenal scolds Aavishkar for his decision of not choosing Sonali. Mira Jagannath also lashes out Utkarsh Shinde for flipping. Later, Bigg Boss announces the captaincy task, in which each contender will have to choose two supporters and they will protect five trophies of their sections. The task is named as 'Aayna Ka Bayna Ghetlyashivaay Jayna'. Gayatri and Sonali will be supervising the task. Sneha chooses Jay, Vishhal and Meenal as her supporters. Trupti chooses Vikas and Utkarsh as her supporters. 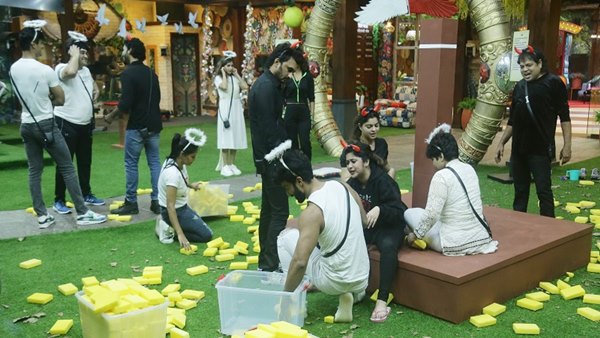 In the first round, Sneha, Jay and Vishhal attack Trupti's team and try to snatch her trophies. During the tussle, Trupti Desai gets injured and lashes out at Vishhal Nikam and Jay Dudhane for their aggressive game. She warns them that she will not spare them if anything wrong happens. In the second round, Utkarsh, Trupti and Vikas attack Sneha's team. They engage in a big brawl. Stay tuned for more Bigg Boss Marathi 3 updates!