Bigg Boss Marathi 3's latest episode starts with a discussion between Sonali Patil and Sneha Wagh, in which the latter tells the former that she is disappointed with her behaviour. Later, Sonali tells Meenal Shah and Vikas Patil that she is hurt by Jay Dudhane and Sneha's behaviour towards her.

The next morning, housemates wake up to the song 'Life Kara De'. Later, Vishhal Nikam says that Sonali is emotionally weak. They engage in a heated verbal spat. On the other hand, Utkarsh Shinde tells Mira Jagannath that Gayatri Datar is adding fuel to the fights. Mira calls Gayatri insecure. In the bathroom area, Sonali gets emotional in front of Meenal.

After that, Bigg Boss announces a weekly task 'Hi Pipeline Tutaychi Naay' for the captaincy contendership. The housemates will be divided into two teams, who will try to make a pipeline to add fuel to the missile. In every round, one contestant of each team will put their contendership at stake, and their respective teams will have to make pipeline successfully to make their team members a contender for captaincy. Team A has Jay, Mira, Gayatri and Santosh Chaudhary aka Dadus. Team B has Vikas, Vishhal, Sonali and Sneha. Utkarsh and Meenal will not be playing the task, hence they will do the sanchalan of the same.

In the first round, Sonali Patil sits on the throne. The teams start making pipelines. Vikas and Sneha try to make a deal with Jay and Mira. They ask for missing pipes from each other. However, Vishhal Nikam attacks the opposite team and destroys their pipeline. Jay and Vishhal get into a physical fight. By the end of the task, both the teams fail to make pipelines. Hence, Sonali Patil gets disqualified from the game. 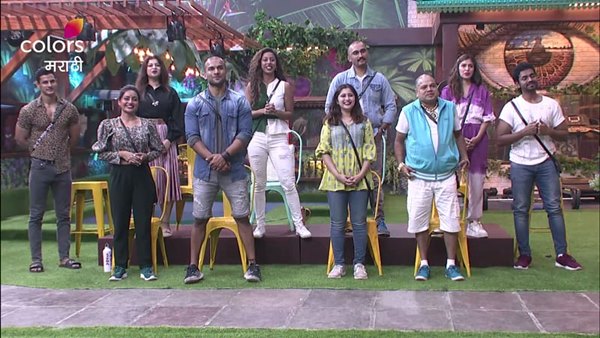 Later, Vikas Patil expresses disappointment over Vishhal Nikam's behaviour. On the other hand, Sonali and Vishhal scold Vikas for not supporting them during the task, and call him selfish.

In the next round, Gayatri Datar sits on the throne. Housemates start making pipelines and destroying each other's lines. Amidst the second round, Mira and Sonali engage in an ugly fight, as they push each other. By the end of the round, Gayatri gets disqualified. 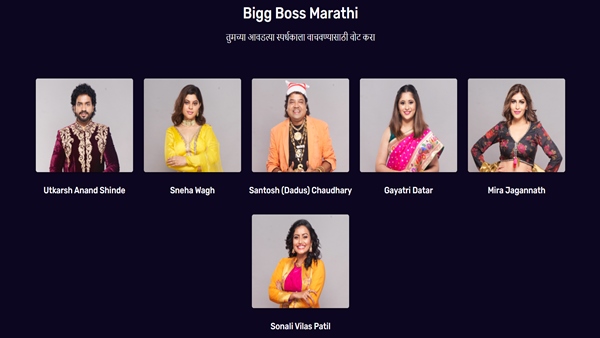 In the next round, Vikas Patil sits on the throne. After acquiring pipes, Mira hides small parts of pipes in her sweatshirt. Meenal catches her red-handed. On the other hand, Meenal Shah and Gayatri Datar engage in a verbal spat. In the end, Vikas Patil too gets disqualified from the game. In the bathroom area, Meenal and Vikas fight over their strategies. In the next round, Dadus sits on the throne. As they start playing the task, Dadus and Vishhal shout at each other. Eventually, Dadus also gets disqualified from the race. Stay tuned for more Bigg Boss Marathi 3 updates!