Amruta Khanvilkar and Addinath Kothare's much-awaited film Chandramukhi has finally released today (April 29) in theatres. The Prasad Oak directorial had already created a solid buzz amongst the masses, and its songs and dialogues were loved by netizens even before its release.

Amidst all, the makers of Chandramukhi held a special screening for on April 28, 2022, in Mumbai. Interestingly, many celebrities from Marathi as well as Hindi film industry attended the special screening. 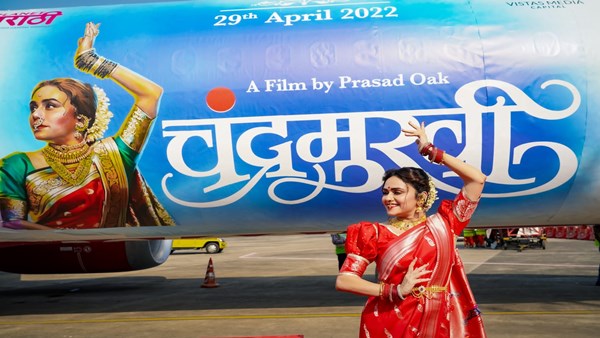 Talking about Chandramukhi, the film is based on a novel of the same name penned by Vishwas Patil. It is a love story of a politician and a Lavani dancer. Chandramukhi also stars Mrunmayee Deshpande, Mohan Agashe, Sameer Choughule and others in key roles. Prajakta Mali has done a special appearance in the song, 'Sawal Jawab'. Talking about movie's music, the songs composed by Ajay-Atul and penned by Guru Thakur have already become everyone's favourite. 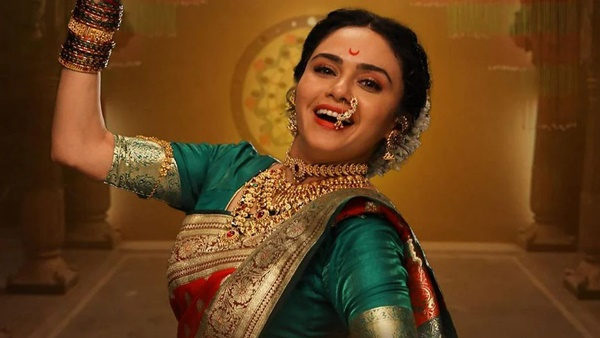 Especially, 'Chandra' and 'Bai Ga' have now become favourites amongst the Instagram users for reels. 'To Chand Rati' is beautiful to hear and watch. Overall, Chandramukhi seems to be a full package of entertainment for the audience, and fans are looking forward to watching the film in theatres.