Marathi movies have been making their mark on the global market, all thanks to unique content and amazing representation of Maharashtrian culture. Ever since Marathi cinema has started getting recognition in the international markets, many celebrities from the Marathi industry have been getting good opportunities at the global platforms.

Recently, Akshay Bardapurkar's Planet Marathi and Piiyush Singh's Golden Ratio Films has brought UK's biggest independent film studio, Black Hangar Studios onboard for their upcoming Marathi film, Moghul Mardini Chhatrapati Tararani. Well, it is indeed a big collaboration in the history of Marathi cinema, as the film starring Sonalee Kulkarni in the titular role, will be considered as the first Marathi-Hollywood film. Hence, Filmibeat recently had an exclusive interaction with the Chhatrapati Tararani's lead actress Sonalee Kulkarni, in which she opened up about the collaboration, her role, growth of Marathi cinema and much more. Excerpts- 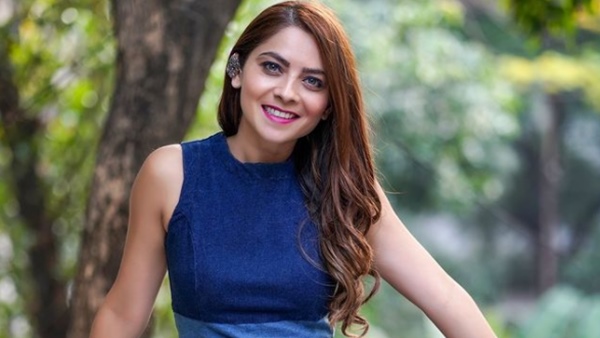 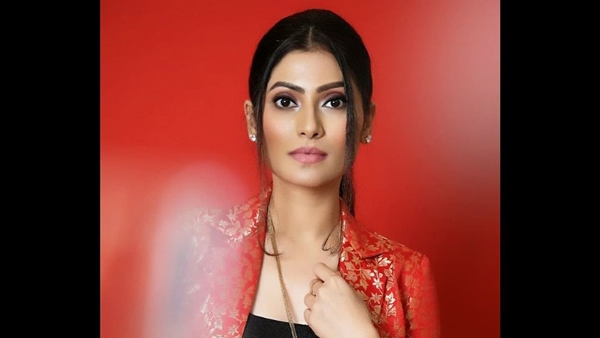 EXCLUSIVE INTERVIEW! Reena Madhukar: I Don't Have Any Restrictions When It Comes To Choosing Any Role

‘It’s An Honour To Represent The Story Of Chhatrapati Tararani’

How does it feel to be part of Chhatrapati Tararani?

It's an honour to represent the story of Chhatrapati Tararani. And, on the other hand, it has also become a global film. So, it's just an honour to take the pride of the Maratha Empire on such a big global stage.

How did you come on board to play the role of Queen Tararani?

DOP of this project Rahul Jadhav and me have always been about Tararani for the last three years. Just before the pandemic, he started developing the script. Once we had the script ready, we went to Planet Marathi and Akshay Bardapurkar got happy with the script and decided to produce the film. He played a very important role to take Chhatrapati Tararani to the global platform.

‘It Is Indeed A Big Achievement For Marathi Cinema’

What are the qualities that you like the most in Tararani?

Everybody who will watch the film or read her story would believe with the fact that she was the one-woman army. After Chhatrapati Shivaji Maharaj, Chhatrapati Sambhaji Maharaj and Chhatrapati Rajaram (Tararani's husband), there was no one to take care of the kingdom. At that time Aurangzeb thought that it's the end of the Maratha empire, but it was Chhatrapati Tararani who took over the empire and made sure that she will capture all the forts won by him. In the span of 9 years, she was fighting against him along with her Maratha warriors. Amidst a lot of division and separation, she brought everyone back fought for the Maratha empire. She was also politically very sharp. Because she was the daughter of Hambirrao Mohite, she was trained in the army during her childhood. At the same time, she was also trained to handle the political administration. In those 9 years, she won more than 100 forts from Aurangzeb.

The production house of Chhatrapati Tararani, Planet Marathi is collaborating with Hollywood's Independent Film Studio, Black Hangar Studios. Well, it is indeed a big achievement for Marathi cinema. What do you have to say about it?

I am absolutely proud that someone like Akshay Bardapurkar and a team of Planet Marathi from the Marathi film industry make it happen. It is indeed a big achievement for Marathi cinema as it can't happen very easily. Since it is a historical film, it is needed to tell the history of Maharashtra to the global audience. The Marathi films have been doing so well due to their unique content. Hence, it had to reach globally. It had to go on a big commercial level. It is just a beginning and we should continue the glory from here.

‘After The Success Of Hirkani, I Got The Confidence To Play Such Historical Character’

In your 15-year-long career, you have played different characters. However, your love for historical and period characters can be seen in your filmography, as you have played Paro in Ajintha, Anandibai in Rama Madhav and Hirkani in Hirkani. So, was that a particular reason behind choosing this film to play the lead role?

Actually, yes! After the success of Hirkani, I got the confidence to play such a historical character. I have been very fortunate that these kinds of roles came my way. Especially, Ajintha as it was made by Nitin Chandrakant Desai on a large scale. It was a great experiment in the British collaboration. Although, it was entirely shot and produced by an Indian studio, we had British actors in it. Playing Paro in Ajintha was absolutely a delight. It was Smita Patil's dream apparently. I feel blessed that audiences accept me in such powerful and responsible characters.

Have you done any special preparations to play the role of Tararani?

It will be going far beyond all the historical characters that I have played in the past. Even if I played all these characters in the past, Chhatrapati Tararani will be the most responsible job ever I have had in my career. Because she comes from the Chhatrapati Shivaji Maharaj's clan directly. Whenever you play such characters, you have a huge responsibility that you will have to carry on your shoulder. You can't go wrong, there can't be any mistakes. There is a lot of pressure, but at the same time, she was a royal herself, I had to learn those tactics and accents of the Shiv period. I have learned the basics of sword fighting and stick fighting.

In this world of digital platforms, we have seen a lot of Marathi actors featuring in several web series. However, you are still away from it. Any particular reason behind it? When can we see you in a web series?

I have a lot of restrictions about doing certain stuff on OTT. There are some tick boxes that I have put on myself. But, I have recently done shooting for a web show and it will come on the OTT platform very soon.

Any more Bollywood films in your kitty?

At the moment, No! Currently, I am enjoying doing Marathi movies. If I get anything good in future, I will definitely do it. Right now, I am focusing on Chhatrapati Tararani. I have one more release in December. And after that, for six months, I will only be doing Tararani.