Popular Marathi actors Suyash Tilak and Aayushi Bhave's pre-wedding rituals have begun yesterday (October 19, 2021) with the Haldi and Mehendi ceremony. Notably, the couple only invited their family members and close friends to the function.

Suyash and Aayushi aka SuyaShi recently shared the pictures from their Haldi ceremony on their respective social media handles. Interestingly, their Haldi pictures went viral on social media, and fans can't stop gushing over their amazing moments. See pictures here-

In the above pictures, one can see Suyash Tilak and Aayushi Bhave wearing traditional outfits for their Haldi ceremony. Suyash is looking handsome in a white kurta-pyjama, whereas, Aayushi looks stunning in a yellow saree. They are looking adorable together and their lovey-dovey moments are indeed catching everyone's attention on social media.

Notably, several Marathi celebs like Hruta Durgule, Sayali Sanjeev and others congratulated the cute couple on social media. If reports are to be believed, Suyash Tilak and Aayushi Bhave's wedding will probably take place on October 20, 2021, or October 21, 2021. 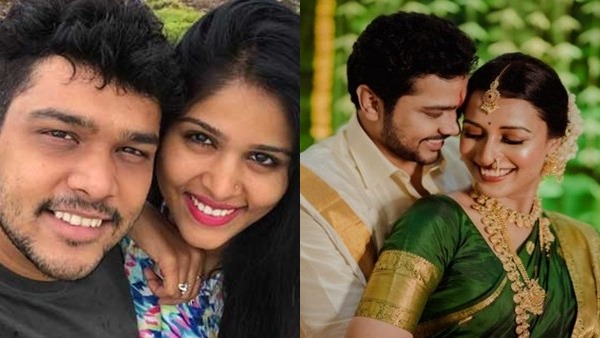 Talking about the couple, Suyash and Aayushi were in a relationship for quite some time before getting engaged on July 6, 2021. The couple had a simple engagement ceremony in Pune. A few weeks ago, they had a lovely Kelwan ceremony at their friend's house, which was attended by Harshada Khanvilkar, Abhijit Kelkar and many others. 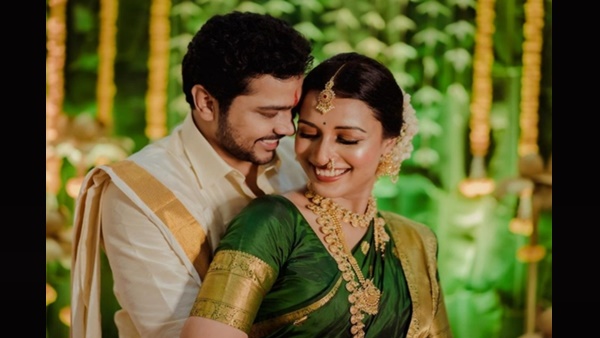 Suyash Tilak is a popular actor in the Marathi film industry. He has acted in several TV shows and movies. Talking about Aayushi Bhave, she is an actress and a trained dancer. She first shot to fame with her appearance in Yuva Dancing Queen.