BTS has been taking the internet by storm as the K-pop band recently released the third version of concept pictures of their new single 'Butter' on Instagram, and fans can't keep calm. However, one of the members V's picture has been making headlines for being compared to Bollywood superstar Shah Rukh Khan.

All seven members of the band- RM, Jin, Suga, J-Hope, Jimin, V and Jungkook can be seen dressed as car washers. The backdrop of the photo is a run-down gas station. Though all the members are picture perfect and looked dapper in colourful hair, V's photos have caught the attention of desi fans.

In the picture, V aka Kim Taeyhung is seen posing with both his hands stretched to his sides while holding a water hose in his hands. The pose reminded desi fans of Shah Rukh Khan's famous signature pose, where he stretches his arms wide open for his leading ladies in his films.

Desi ARMY could not stop calling him the Korean version of SRK, take a look at the post: 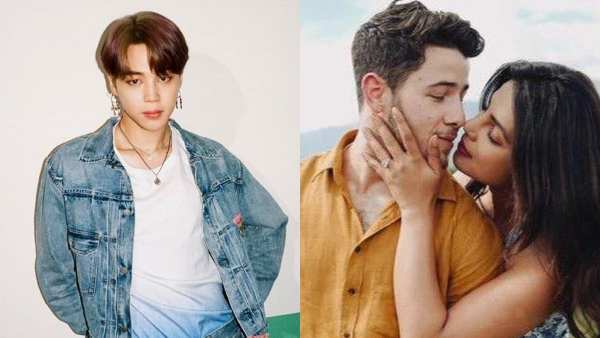 Kim Taehyung is loved worldwide as the Most Handsome Man all across the globe. He is also known for his fashion sense. Recently, the band did an interview with a Japan-based talk show, where he revealed his favourite fashion item. The singer said it was underwear, and also revealed that he recently bought a new set.

Soon after, Jungkook joined in the fun and asked what was the colour. After hinting that it be a secret, V said it was black. Jungkook said that he was wearing blue, while Jin said his was grey. In fact, Jin even took a look to see if it was indeed grey. 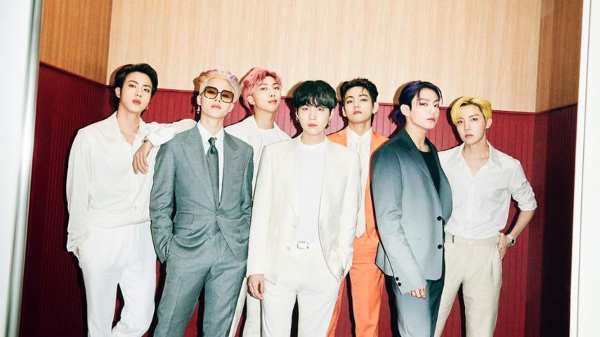 BTS Song Butter Debuts At No.1 On Billboard Hot 100, Becomes Their Fourth Song To Top The Chart

For the unversed, BTS aka Bangtan Sonyeodan is a South Korean band known for their vibrant music videos and talented vocals. Their summer single 'Butter' which released this year in June, has managed to break all records on all streaming platforms. It is one of the most viewed songs on YouTube.