Music's biggest and glitziest night is here! Known for bringing the best of music, extravagant stages, breakthrough live performances, and unforgettable experiences, GRAMMY Awards® returns with the 64th edition of the awards. Presented by The Recording Academy®, the prestigious music award ceremony celebrates and honors the great work of musicians from across the globe. The world's biggest music night will stream on Sunday, April 4, at 05:30 AM IST, exclusively on SonyLIV. Streaming from Las Vegas' MGM Grand Garden Arena, the award ceremony will be hosted by comedian and "The Daily Show" host, Trevor Noah. 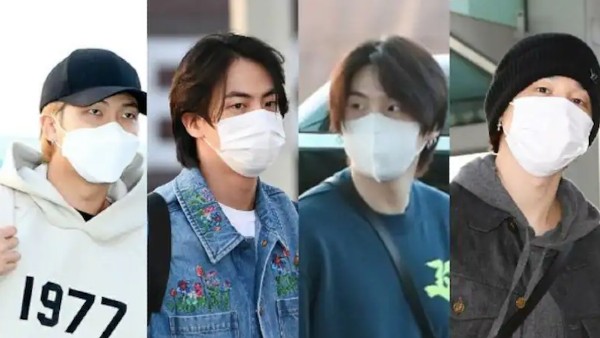 The annual presentation ceremony has many categories to look forward to, however, this year's most-nominated artist, with 11 nods is Jon Batiste (Stephen Colbert's Late Show bandleader) for 'We Are'. He's also been nominated in categories like Best R&B Album, plus Record of the Year and Best Music Video for his track "Freedom." 2nd in the row is Doja Cat and H.E.R. with 8 nods followed by Billie Eilish and Olivia Rodrigo each with seven nods. While we just can't wait to know who all will take the GRAMMY home, names like Billie Eilish, Brandi Carlile, Brothers Osborne, BTS, Jack Harlow, Lil Nas X and Olivia Rodrigo taking the centre stage with their captivating live performances.

So, step up music fanatics, and get ready to groove to the pumping beats of the biggest musicians on SonyLIV.

RECORD OF THE YEAR

ALBUM OF THE YEAR

BinJin Wedding Pictures: Son Ye-jin And Hyun Bin Tie The Knot In A Lavish Ceremony Photos
SONG OF THE YEAR