Britney Spears and Sam Asghari, who announced their engagement in 2021, are all set to get married. The pop star, who is expecting her third child, took to her Instagram account and shared a glimpse of her wedding veil.

Amid her social media hiatus, Britney returned to give fans a glimpse of her wedding prep. The singer is known for sharing snippets of her life with fans and also introduced her cat, Wendy. The photo showed Wendy curiously looking up at the camera and sitting on a sheer white veil. In the caption of her post, Britney confirmed that the tulle fabric was her wedding veil.

She wrote, "Introducing Wendy! And yes, this is the veil to my wedding dress." Take a look at the post,

Meanwhile, her fiance Sam Asghari revealed that a wedding date has been set for the couple's union. Without revealing the actual date, he confirmed the same in his Instagram stories, where he posted a photo of the duo.

The post came on Mother's Day. He shared a loved-up photo on Instagram Stories with Britney and wrote, "Our lives have been a real life fairytale. Happy mother's day to you, my soon to be queen. Also the big day has been set! But nobody will know until the day after." 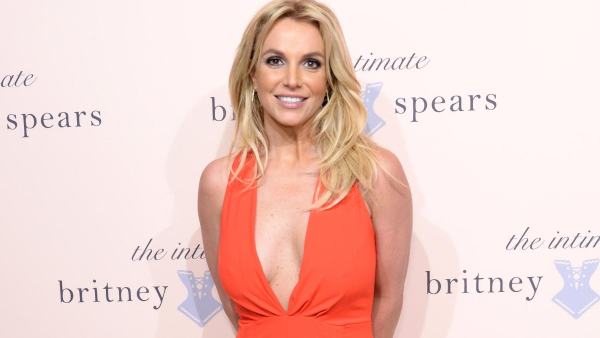 Britney Spears Talks About Facing Body Image Issues, Recalls When Family Sent Her To A Facility

Notably, Britney Spears and Sam announced their engagement in September 2021. In April 2022, Britney announced that she is pregnant and expecting her first child with Sam. The news of her pregnancy came five months after her controversial 13-year conservatorship ended. During the trial, the singer had expressed that she wants to get married and have a baby but the conservatorship stopped her from doing so.

The American star also has two sons, Sean and Jayden, with her ex-husband Kevin Federline.