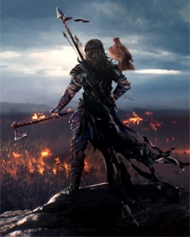 Suriya's 42nd titled temporary as 'Suriya 42' directed by Siruthai Siva. The movie star cast includes Suriya, Disha Patani, in the lead roles. The movie is being produced by K.E. Gnanavelraja under Studio Green in association with UV Creations Vamsi-Pramod. Music composed by  'Rockstar' Devi Sri Prasad.
The movie is planned to release in 10 languages and in 3D. The motion poster for the movie released on Sept 9, 2022.