It was earlier reported that Dhanush will be teaming up with director RS Durai Senthilkumar of Ethir Neechal and Kaaki Sattai fame for a political thriller.

The latest we hear from sources close to the project is that Dhanush has approached actress Vidya Balan for the role of an antagonist.

The film, which is expected to commence once the Anegan star completes his current project with Prabhu Solomon, is said to showcase Dhanush in a dual role for the first time.

It is also being reported that the movie will address a sensitive issue that's been troubling our country for quite some time now.

Since the team is under an impression that the story will have a strong appeal to each and every Indian, they are planning to rope in Hindi actors as well as other performers from various film industries across the country.

Durai Senthilkumar is known for delivering movies with strong social messages or depicting a social concern through his films. If Ethir Neechal exposed the plight of women athletes, Kaaki Sattai spoke about the scam involved in organ donation.

Going by the current reports, looks like his next film with Dhanush will have a strong social message as well, which should be refreshing for all Dhanush fans. 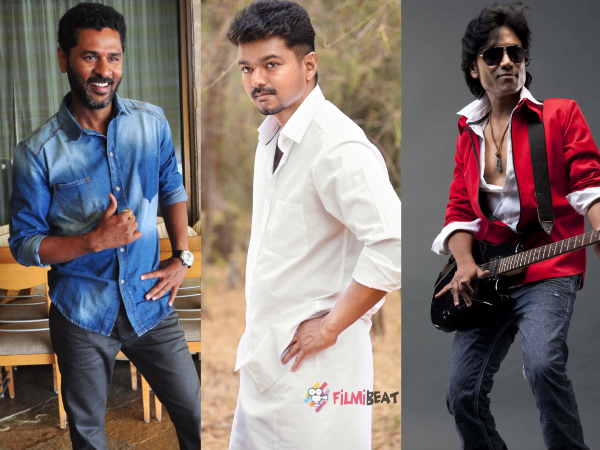 It is said that Dhanush might be playing the role of identical twins. If the hearsay materializes, we might see the National Award winner playing a dual role for the very first time in his career.

Since the film is expected to woo audience all over India, many prominent Hindi actors and actresses might be approached for various roles.

Vidya's Role On The Lines Of Ramya's Neelambari?

It is not often we get to see a leading actress play the role of a baddie. If at all the team manages to convince Vidya Balan to play a negative role, it should be seen if it falls on the lines of Ramya Krishnan's Neelambari.

Though multiple sources have confirmed the authenticity of the project, an official confirmation is awaited regarding Dhanush's dual role and Vidya Balan's inclusion in the project.

Durai Senthilkumar Is Dhanush's Most Trusted

It is to be noted that Dhanush has bankrolled two of Durai Senthilkumar's previous projects, Ethir Neechal and Kaaki Sattai.