Director Gautham Vasudev Menon at a recent press meet has confirmed that he is planning on a sequel to his 2010 super hit movie Vinnaithaandi Varuvaayaa (VTV), starring Simbu and Trisha.

While promoting his upcoming production venture, a Tamil-Telugu bilingual titled Tamilselvanum Thaniyar Anjalum (Courier Boy Kalyan In Telugu), the famed director has said that VTV 2 is on the cards.

Confirming that Simbu and Trisha will be retained as the lead pair, Gautham has also indicated that the sequel will be made only in Tamil as its Telugu counterpart Ye Maaya Chesave was delivered with a conclusion.

The Yennai Arindhaal director, who is currently working on Achcham Enbadhu Madamaiyada with Simbu and Manjima Mohan in the lead, is expected to work on VTV 2 after completing his current commitments.

The director turned toward production through his experimental flick Nadunisi Naaygal and then went on to produce some prominent movies like Veppam, Thanga Meenkal and a Hindi film, Ekk Deewana Tha.

He has also made several special appearances in movies like Yennai Arindhaal, Kanna Laddu Thinna Aasaiya, Vaaranam Aayiram, Pachaikili Muthucharam and many more.

Take a look at the slides below for some of his best movies till date: 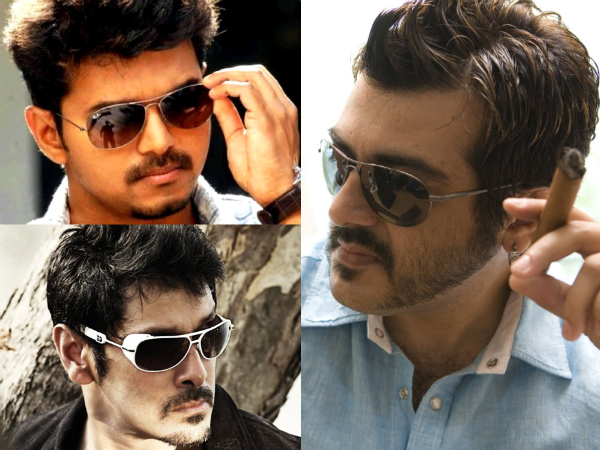 Starring Kamal Haasan, Jyothika, Prakash Raj and Daniel Balaji, Vettaiyaadu Vilaiyaadu remains to be one of Gautham's best till date. The movie revolves around a police officer who is on a mission to nab two serial killers.

Once again the movie narrates the story of a cop. Starring Suriya and Jyothika in the lead, Kaakha Kaakha was a blockbuster hit. It was later remade in Telugu, Hindi and Kannada languages.

Once again starring Suriya in the lead, the film largely talks about a father-son relationship. It went on to win the National Film Award for Best Feature Film in Tamil and was also a commercial success.

Being the last of Gautham Menon's cop trilogy, Yennai Arindhaal is about a retired cop who is forced to get back into action due to certain circumstances. Starring Thala Ajith, Trisha and Anushka in the lead, Yennai Arindhaal went on to satisfy both critics and fans alike.

Minnale marked Gautham's directorial debut and the film was considered a trend setter at the time of its release. It stars Madhavan and Reema Sen in the lead.

And of course, Vinnaithaandi Varuvaayaa manages to find itself a spot in Gautham Menon's best works till date. The movie was also remade in Hindi with Prateik Babbar and Amy Jackson in the lead.