The shoot of Superstar Rajinikanth's Kabali is all set to get underway next month in Malaysia. It is also being reported that the crew will shoot in places like Hong Kong and Singapore.

But why has the director specifically chosen places like Malaysia and Singapore? The answer, it seems lies in the connection between some of the Asian countries and Indian labourers, as reported by IndiaGlitz.

It is a known fact that behind the extravagant and imposing infrastructure of places like Malaysia, Singapore and Dubai, lies the drudgery and hardship of Indian labourers who work on the basis of contracts.

Kabali it is said, is about these labourers and their possible connection with an Indian don, played by 'Thalaivar' Rajinikanth in his most convincing avatar till date.

Director Ranjith's previous flick Madras, housed a strong theme that was cleverly hidden behind a 'wall'. Now going by this latest report on Kabali, looks like this Rajinikanth starrer might have a strong social message cloaked under Rajinikanth's role of a don.

Meanwhile, actress Dhansika of Aravaan fame has confirmed her inclusion in the film. Sources close to the project have indicated that the dusky beauty will play the role of a young drug addict. 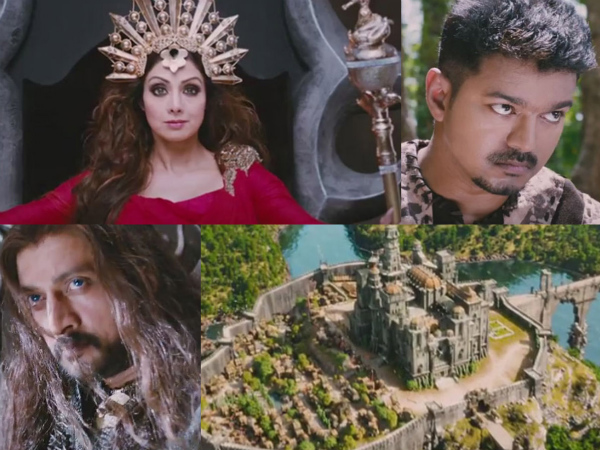 Confirming her role in the movie, Dhansika has described her opportunity to work with Superstar Rajinikanth as an absolute godsend. The actress might play Rajini's daughter in Kabali.

Actor Gajaraj, who also happens to be director Karthik Subbaraj's father has reportedly bagged an important role in the film. It is said that Gajaraj is a huge fan of Rajinikanth and that it was his long term goal to share screen space with the Superstar.

It is being widely reported that Rajinikanth had asked Ranjith to take complete control of the project by making changes wherever required and by selecting actors and actresses of his choice. Being a humble man that he is, the Lingaa actor has also labelled himself as not a big star and that he is acting only because of his fans' love and blessings.

It was earlier reported that the team of Kabali is planning to release the first look poster on September 17th. But sources close to the project rubbished such claims and clarified that as of now they are just looking to get started.

'Kalaipuli' S Thanu, the producer of Kabali, had recently revealed that the issue regarding the film's title will reach its climax pretty soon as it is being dealt with at the moment. He also went on to say that the title was registered only after confirming its availability with concerned organizations.

Heroine of Kabali, Radhika Apte, is expected to land in Chennai by next week for a formal photo shoot with the hero of the film, Rajinikanth.