According to the latest reports, actor-filmmaker Kamal Haasan is likely to play the lead role in the Tamil remake of Aamir Khan's super-hit Hindi movie PK. Official confirmation from the maverick actor-director is awaited.

The Tamil version of the movie will be produced by Gemini Film Circuit, they had earlier bankrolled the remake versions of Rajkumar Hirani movies like Munnabhai M.B.B.S and 3 Idiots as Vasool Raja M.B.B.S and Nanban respectively.

"Gemini Film Circuit has acquired the film's remake rights and Kamal Haasan is expected to play the lead. Gemini had already remade two of Hirani's films and they were really impressed with 'PK' too," a source close to the production house said.

Kamal Haasan is yet to choose a director for the project, the rest of the cast will be finalized soon. "Kamal sir will choose the director of his choice. He might even direct it," revealed a source.

With Kamal Haasan's Vishwaroopam running into trouble, it will indeed be a bold move from the Nayagan actor to take up PK as the Aamir Khan starrer too had sequences that could potentially hurt the religious sentiments of certain groups.

Director Venkat Prabhu had earlier said that the Tamil version of PK might not even allowed to be released in Tamil Nadu as the movie has sensitive content which might not go well with the Tamil Nadu audience.

PK is currently the highest grossing Indian movie ever. While the remake version will have its benefits, it is to be seen if Kamal Haasan still has enough in him to take a huge risk by involving himself in the Tamil remake of PK. 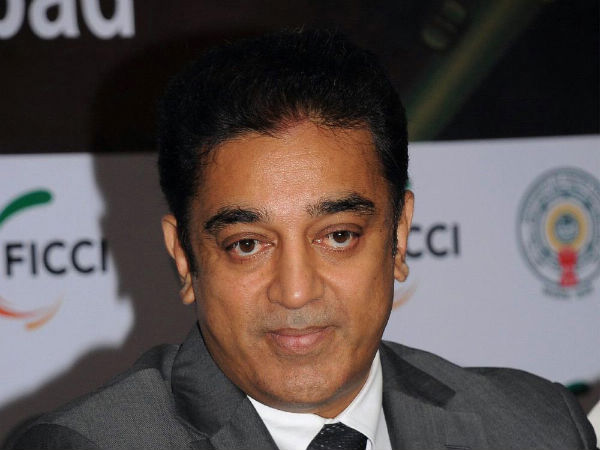