With news regarding Kamal Haasan and Rajinikanth's next respective flicks making headlines for quite sometime now, here is the latest update pertaining to both these movies.

We had earlier informed that Rajinikanth might break the stereotype by choosing an offbeat script for his next which will be fabricated by Pa Ranjith.

The latest we hear from sources close to the development is that the Superstar of South Indian Film Industry will play a gangster in his next.

Pa Ranjith is known for dishing out hit movies with no or less concept. If Attakathi was about a student chasing girls, which is not new, Madras spoke about how something, as simple as a wall, could have a major impact in politics.

This being the case, it makes us wonder what could be the concept behind his next movie, said to be the story of a gangster. Another obvious question is, will he able to properly handle a phenomena called Rajinikanth?

While we ponder over these prominent questions, another important news that's demanding attention is about Kamal Haasan's upcoming thriller Ore Iravu.

According to the latest buzz, Kamal will once again be seen in a cop avatar in his next which also has Trisha and Prakash Raj on-board.

Just wondering who will come on top if these two highly anticipated movies release side by side. Rajinikanth the gangster or Kamal Haasan the police? 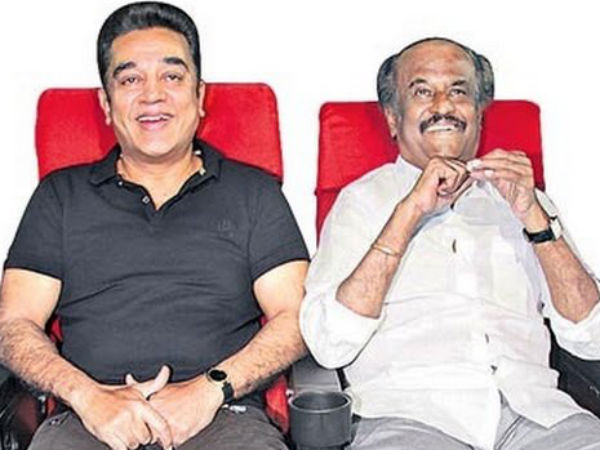 Rajinikanth And Kamal Haasan Together!