If the latest hearsay within the Kollywood circles takes shape, then movie buffs across India might be in for a grand treat. The buzz? Veteran director Singeetam Srinivasa Rao and Kamal Haasan might join hands after a decade.

Yes, according to a report, the Apoorva Sagodharargal director might once again direct the Papanasam star in a low budget quickie once he is done with his current commitments in Telugu.

The 83 year old filmmaker is working on a Telugu film post which he might work with Kamal Haasan in a project that will most probably be bankrolled by Lingusamy's Thirrupathi Brothers.

This move by Kamal Haasan, is said to be aimed at helping Thirrupathi Brothers recover their losses incurred through Uttama Villain.

It is said that Kamal wanted to deliver a complete comedy entertainer and who better to approach than Srinivasa Rao, who is known for his humour infused films.

The project might go on floors once the Ulaganayagan completes his ongoing project Thoongavanam. The proposed budget of the film is said to be around 25 crore rupees.

Singeetam Srinivasa Rao and Kamal Haasan have worked together in 7 movies which includes some of Kamal's best.

Check out the slides below to know about those 7 flicks: 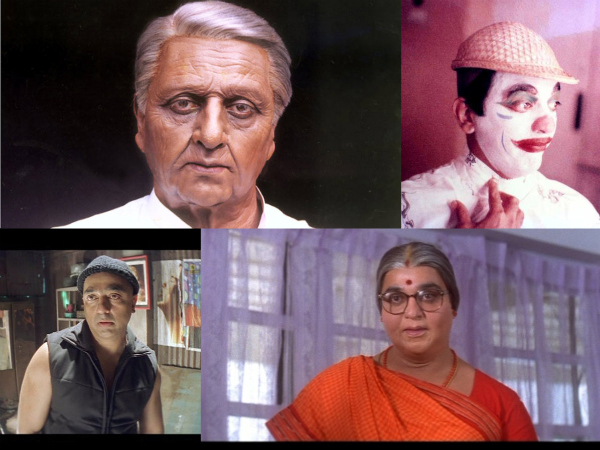 10 Characters Of Kamal Haasan That Will Stay In Our Hearts Forever!

This was Kamal Haasan's 100th film and his first as a producer. Though the film was a failure at the box office, it is widely considered as a cult classic. The movie was released in the year 1981 and narrates a tale of a blind musician.

This 1987 classic is a silent film, completely depending on its background score and its performers to convey the message. Running over 100 days, the movie was a blockbuster hit and was also critically acclaimed. It won the National Film Award for Best Popular Film Providing Wholesome Entertainment.

Yet another classic and a technical marvel, Apoorva Sagodharargal released in the year 1989. The film was a blockbuster and completed 600-day run at the box office. It serves as an example to aspiring filmmakers even today.

Post the tremendous success of Apoorva Sagodharargal, Srinivasa Rao and Kamal decided to make yet another comedy film the following year. This too was a major box office hit and completed 175-day run at the box office.

Though Kamal plays nothing more than a cameo in this women oriented film, he wrote and produced this comedy entertainer. The movie has Revathy, Urvashi, Rohini and Nasser in lead roles.

This 1998 comedy film stars Kamal and Prabhu Deva in lead roles. Upon release, the film opened to positive reviews and became a commercial success.

Mumbai Express was the last film in which Singeetam Srinivasa Rao directed Kamal Haasan. If their new project materializes, then Kamal and the famed director would be joining hands for the eighth time to most probably produce yet another memorable film.