Suriya, who is busy promoting his upcoming film Masss, slated to release this Friday(May 29th), was recently seen in Kerala. At a press meet there, he has divulged an interesting information.

Thanking Keralites for their support for Jyothika's 36 Vayadhinile, he has confirmed that if he comes across a good script and if the right situation arises, he will once again share the big screen with Jyothika.

Now the speculation part of it is that, a Malayalam screenwriter has already narrated a script to Suriya that would accommodate Jyothika as well.

According to a report, Suriya, after finding the script impressive, has asked the writer to come up with the complete screenplay, post which the project could start rolling by 2016.

While we are waiting for an official confirmation on that, what's already confirmed is that Suriya, at the same press meet, has compared his popularity in Kerala with that of Ilayathalapathy Vijay's.

"When I visited Kerala in 1997 with Vijay at the time of Nerrukku Ner's release, I was surprised by the response Vijay got from Kerala fans. After 17 long years, I am happy to get a similar welcome from you", the Singam actor has said.

Isn't it a good strategy to promote one's film in God's own country by mentioning Vijay's name? It's a resounding yes given the fan following Vijay enjoys in Kerala.

With promotions going on in full swing, the only thing left now is the film's theatrical release. Can Suriya take his market to the next level in Kerala post Masss? Let's wait for the answer. 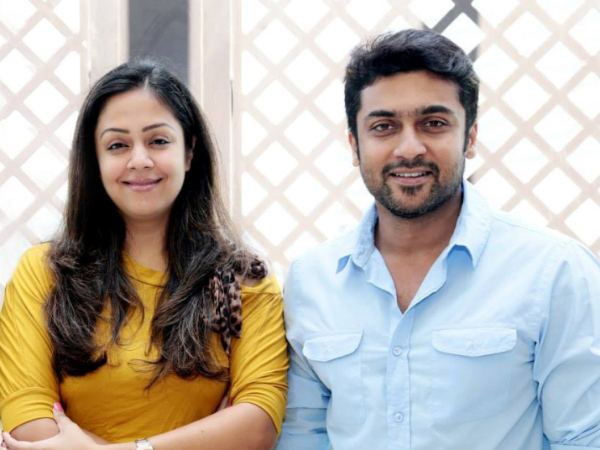 Celebrating Suriya And Jyothika: List Of Their Movies Together!