Director Bala who has dished out heart-rending movies like Sethu, Nandha, Pithamagan and Paradesi is known for extracting National Award winning performances from his actors and actresses. For an actor/actress, it is not easy to impress a director like Bala but actress Varalaxmi has managed to do much more than that.

Varalaxmi of Poda Podi fame is currently working on Bala's Tharai Thappattai which also marks Isaignani Ilayaraja's 1000th film. On the sets of the film, Varalaxmi has done so much so that Bala was said to be in tears and has also gifted his heroine a watch with a golden chain which is worth more than 1.5 lakhs.

While filming an important sequence in which Varalaxmi had to be subjected to gruesome assaults by the baddies, the heroine had dislocated her collar bone. In spite of excruciating pain, she has carried on with the shoot and also never spoke about her discomfort citing that it may interrupt the shooting.

When the same scene had to be shot the next day, Varalaxmi has reportedly given her best despite being in great affliction. After the shot when Bala was finally informed about her condition, the maverick filmmaker couldn't hold back his emotions.

After gifting Varalaxmi his expensive watch, Bala has gone on to say that Varalaxmi will definitely walk away with the National Award for her outstanding performances in Tharai Thappattai. The film which also has Sasikumar is about folk dance and various other traditional art forms of Tamil Nadu. 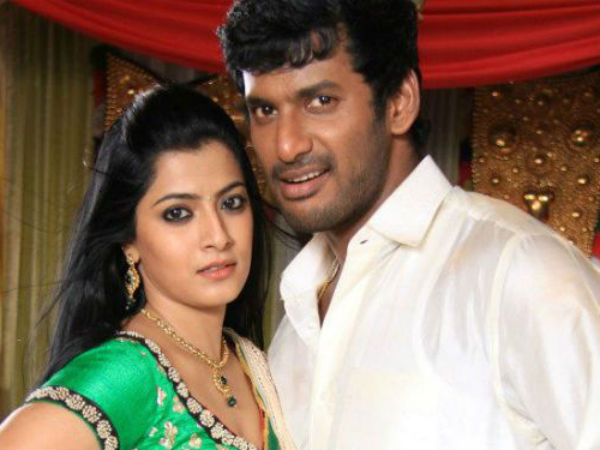