We all know that Gautham Menon, apart from being a passionate director is also a passionate singer. In fact, he even went on to say that his dream was to sing at least a song under Maestro Ilaiyaraaja which subsequently came true in Jiiva's Neethaane En Ponvasantham.

Gautham has also been caught singing in many parties thus proving his interest in music time and time again. Now, it looks like he has taken his singing a tad too seriously as he lent his voice for a song in the film Uppu Karuvaadu which is being directed by Radha Mohan.

Speaking about how he first came up with the thought of roping in Gautham Menon for a song, Radha Mohan said, "I've always known Gautham to be a good singer as I've heard him sing at parties. Interestingly, the music director of my film, Steeve Vatz, is a good friend of Gautham too."

He also went on to say that it was the music director Steeve who thought Gautham's voice would be apt for this particular song and that's how they approached him to croon the number.

Though Radha Mohan was not available when Gautham recorded the song, he later revealed that he was very happy how the song had shaped up. The lyrics of this particular song has been written by Madhan Karky. 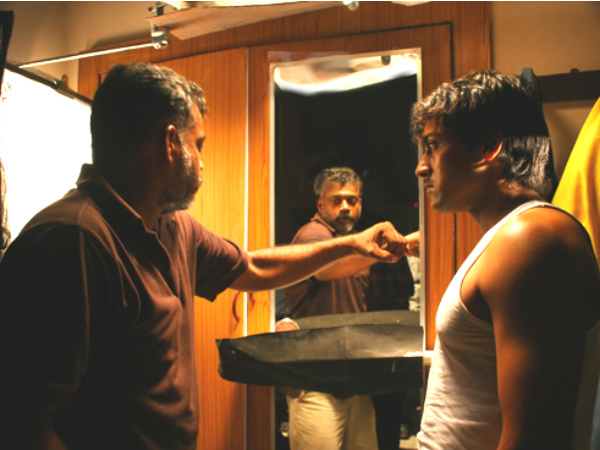 SHOCKER: Gautham Menon Hints That He Might Never Work With Suriya Again!