Star couple Bobby Simha & Reshmi Menon had a star-studded 'sangeet' and 'mehendi' ceremony, an event that takes place a couple of days before the wedding, at a star hotel here in Chennai.

The Urumeen pair will tie the knot on April 22nd at the famous Venkateswara temple in Tirumala.

Speaking to Times of India, DJ Karty, the man responsible for making stars groove to famous numbers, has said the function was an eventful one with Bobby Simha and Reshmi Menon hitting the dance floor.

"We started the mehendi function between 3 and 4 pm. We played the popular mehendi numbers from Bollywood and Hindi pop. This was followed by the sangeet. The two also danced for their 'couple' song Siru Nadai from their film 'Urumeen'," he has said.

The Masala Padam actor has also entertained one and all by shaking a leg to music from his famous flick Jigarthanda and songs from superstar Rajinikanth movies.

"Later, Simhaa took to the dance floor and grooved to the songs from his cult film 'Jigarthanda'. Being a self-confessed fan of Rajinikanth, Simhaa danced to several songs of Thalaivar, too," he has added.

While Bobby was seen wearing a cream coloured kurta accompanied by a deep blue coat, Reshmi was glittering in a blue and green lehenga, at the event that witnessed the arrival of many famous Tamil celebrities.

The wedding, which is planned in a grand manner, will be restricted to close family members and friends.

"Only close friends and family members have been invited for the wedding in Tirupati. A grand reception will be held for celebrities, also in a star hotel in the city on April 24. Bobby and Reshmi have already started distributing cards for their D-Day," a source close to Bobby Simha said. 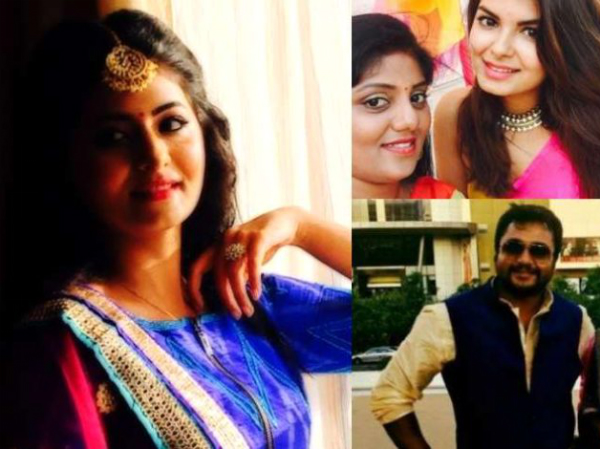 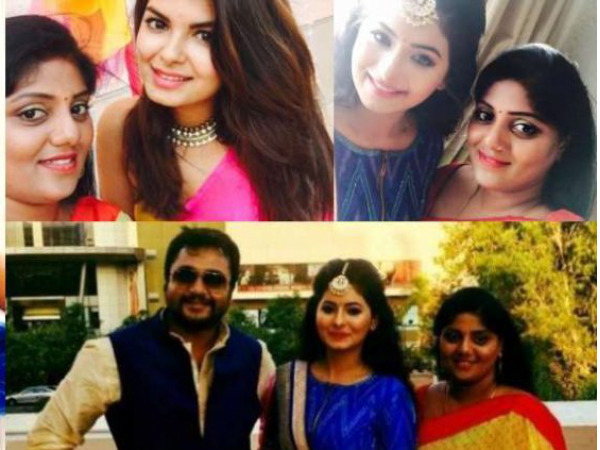 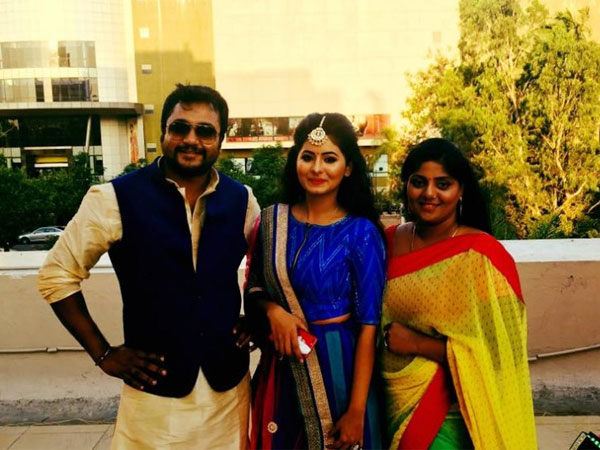 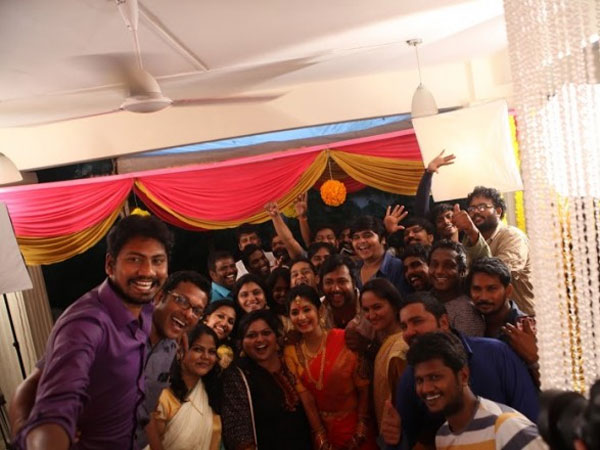 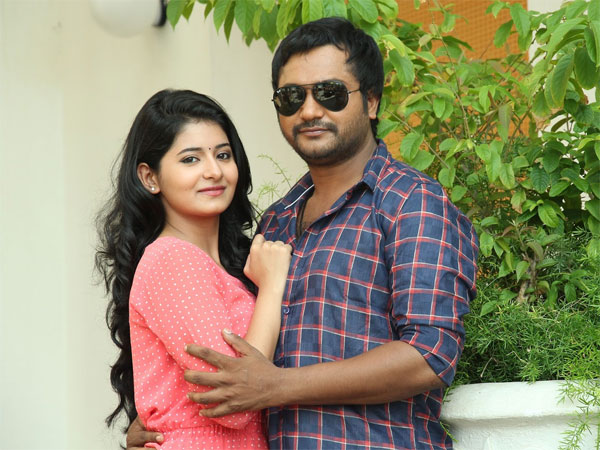 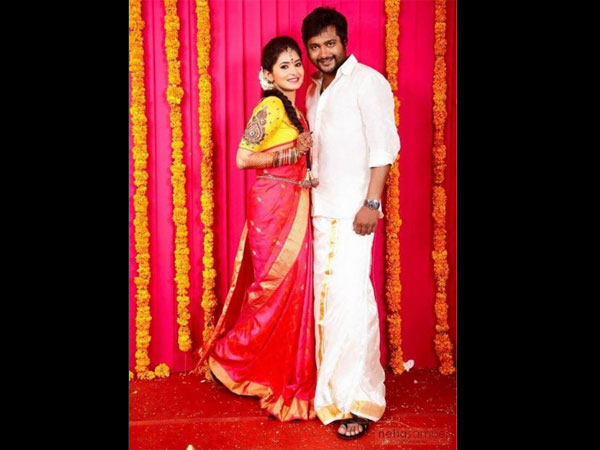 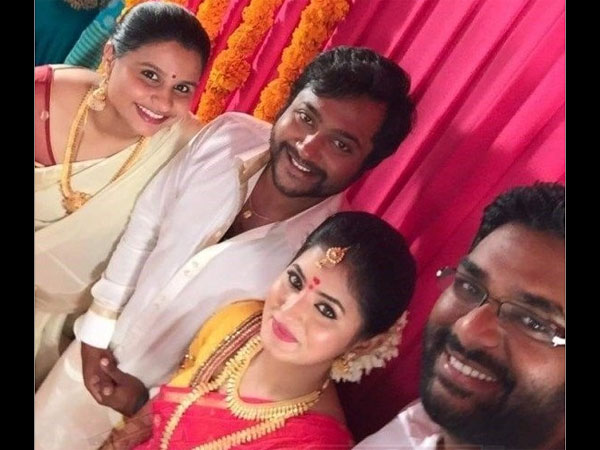 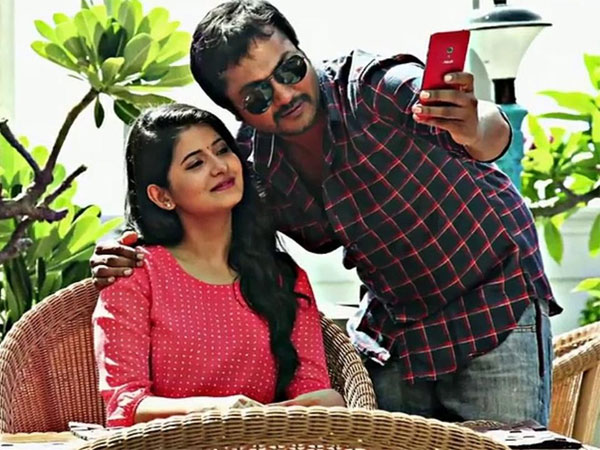 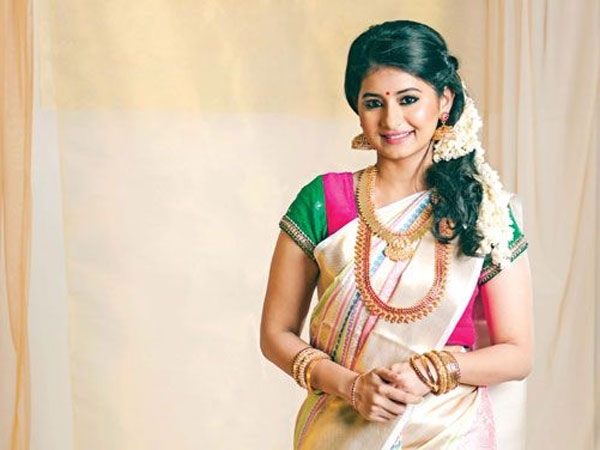 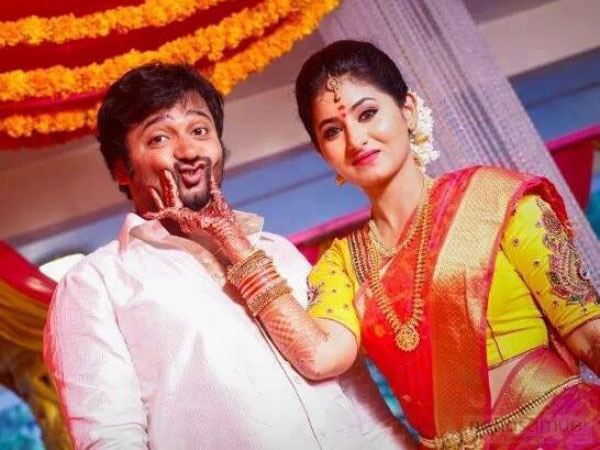 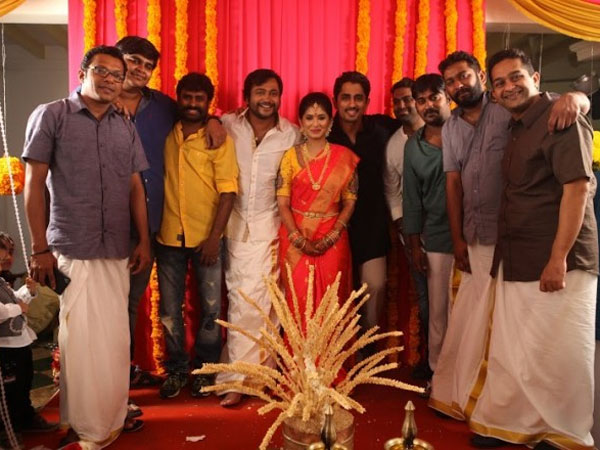 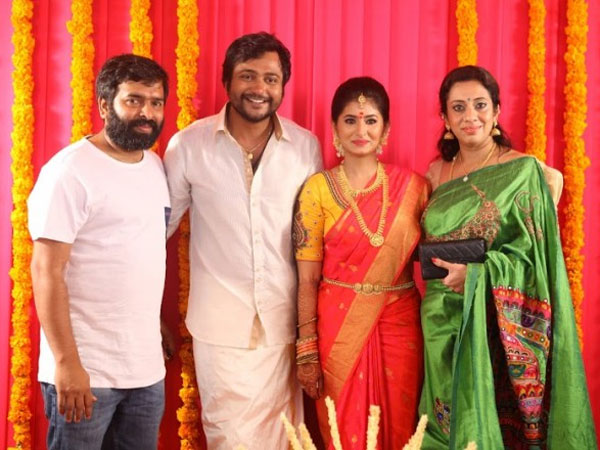 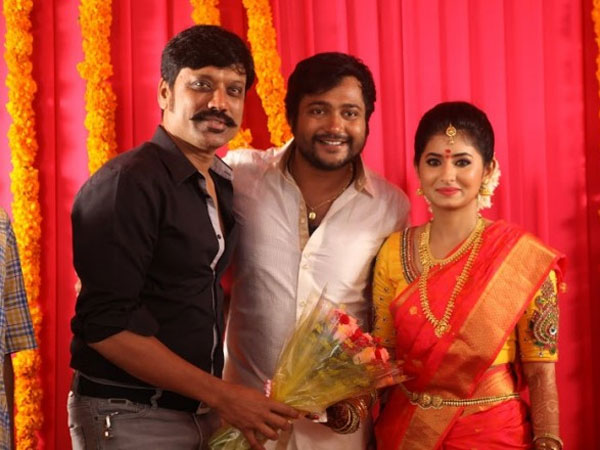