A few hours ago, fans of Tamil cinema were left in a state of shock when a singer accused the noted lyricist Vairamuthu of sexual harassment and made a few shocking claims against him. She claimed that the veteran poet had tried to kiss her and added that several people from the industry are aware of his habits. Now, in a shocking development, actor Radha Ravi has been accused of a similar offence.

A Noted writer and movie promoter shared a message she received from a woman. In it, the woman claims that Radha Ravi once invited her to his house and kissed her on the face. The complainant also mentions that he asked her to return to the house alone, as he wanted to meet her again.

The lady also laments that Radha Ravi has tremendous power and hence complaining about him might not have any effect.

Interestingly, Radha Ravi is currently gearing up for the release of Sarkar. In it, he will be seen alongside Vijay. It'll be worth watching if the latest revelation affects the promotions of the political-thriller.

On a related note, of late several women have been coming forward to name and shame the offenders. Certain sections of the media have dubbed this as 'India's #MeToo movement'. Several popular names from Bollywood, such as the Kaala star Nana Patekar and Vikas Bahl have been accused of wrongdoings.

Let's hope that this puts an end to sexual harassment in the workplace. 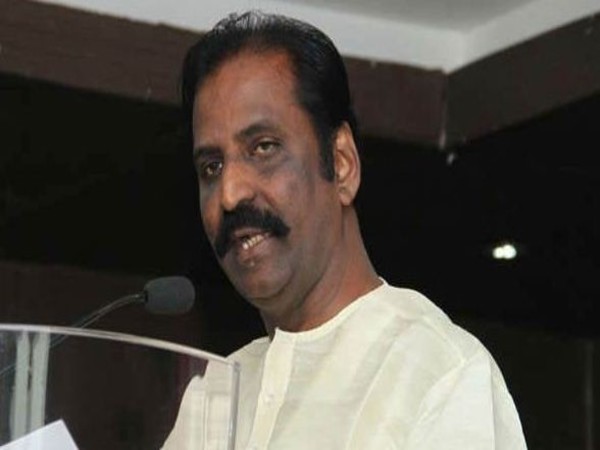 Me Too India: Singer Accuses Lyricist Vairamuthu Of Sexual Harassment; Claims He Tried To Kiss Her

So after the #Vairamuthu accusation, here is an accusation about the most respected #RadhaRavi. @Chinmayi, @varusarath, I hope this again is a well known secret in the industry as well. pic.twitter.com/KFcKLftVd0