Popular actress Aishwarya Dutta was one among the prominent contestants of Bigg Boss Tamil Season 2. Now, a rumour has come up that she might visit the Bigg Boss Tamil 3 house soon, as a guest. The actress's recent tweet led to such speculation.

Aishwarya Dutta mentioned that a special surprise is on the way. "A surprise for u all is waiting stay tuned..", she penned on her Twitter account. Meanwhile, this particular tweet sent out by the ex-contestant is getting filled with comments. Fans have almost confirmed that she is entering the Bigg Boss Tamil 3 house. Meanwhile, some fans have come up with suggestions she should give the contestants. Interestingly, Aishwarya Dutta was also among the finalists of the Bigg Boss Tamil Season 2 and was one among the favourites of the audiences. Take a look at the tweet here..

A surprise for u all is waiting stay tuned..

Meanwhile, certain rumours have also been doing the rounds that Rhythvika, previous season's winner as well as Janani Iyer, another finalist of the Bigg Boss Tamil Season 2, will also be visiting the house. We will have to wait for the official promos of Bigg Boss Tamil 3 to get a clear picture regarding this.

As far as the third edition of the highly popular show is concerned, only six contestants are left inside the house, with just a few days away from the grand finale. Only five contestants will be making it to the grand finale and already, Mugen Rao has found a direct ticket to the finale as he had won a special task in the past week. Cheran was evicted the previous week. One more eviction is expected to take place before the finale. Sherin, Mugen Rao, Tharshan, Sandy, Kavin, Losliya etc are the remaining six contestants. An exciting contest is definitely on cards. Let us wait an see what's in store. 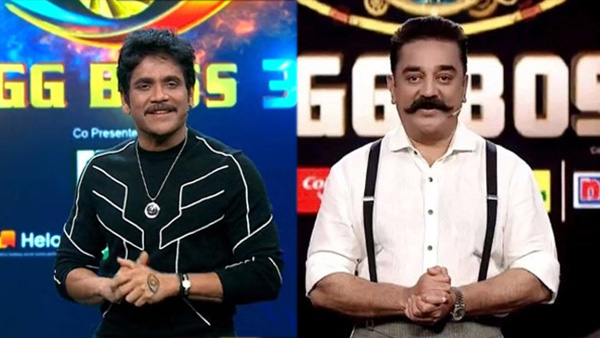