The much-hyped and highly ambitious Avengers Endgame, featuring Hollywood star Robert Downey Jr in the lead, hit screens in India today (April 26, 2019) amidst much fanfare and opened to a phenomenal response at the box office. The film, directed by the Russo Brothers, is a sequel to the 2018 smash hit Avengers Infinity War and the 22nd movie from the Marvel Universe. Now, just hours after its release, Avengers Endgame has been leaked online in Tamil by Tamilrockers and is available for 'free download'. The leaked version is reportedly of low audio and video quality.

Needless to say, the heartless act has ruffled a few feathers as it is going to take a toll on Avengers Endgame's box office collections big time. Interestingly, this is not the first Hollywood movie to suffer due to Tamilrockers. The gang has previously leaked biggies such as Captain Marvel, Aquaman and Bumblebee, and proved that it is a big threat for those associated with the movie business.

Meanwhile Avengers Endgame has emerged as the biggest trend on social media with countless fans and critics calling it a masterpiece.

For those who haven't seen #AvengersEndgame you don't need to prepare your heart because even if you think you're a 3000 times prepared, you're not. No more question, it's just how it goes. You will never be prepared for this movie.

#AvengersEndgame [5/5] : A Perfect Entertainer! Has everything one can ask for..

#AvengersEndgame was totally awesome. Never-seen before and one of a kind film by

@Marvel@Russo_Brothers nailed the screenplay with balanced packaging (laughs, cries and action). Ending of his MCU journey cant be any better. Will miss this series 4 ever.

#AvengersEndgameReview | Not Going to Review in depth nor giving away any spoilers. Hats Off To MARVELs, For Making The Viewing Experience So Real. You won't realize even for a moment that majority of the movie was shot using green screens. A treat of our generation! #Avengers

End game is not just a movie. It's an emotion. U will laugh, u will cry & u will root for your favourites. Grandest & epic movie ever. The end of an Epic Saga.

So, will you be watching Avengers Endgame over the weekend? Comments, please! 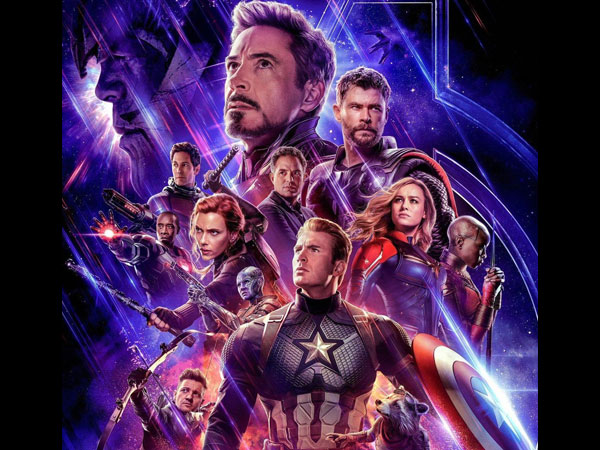 Avengers Endgame Twitter Review; Here's What Fans Have To Say About The Multi-starrer Fantasy Film