Last year, actor Kamal Haasan suffered a setback when Vishwaroopam 2 opened to an ordinary response at the box office and ended up being a flop. The film failed to click with most critics, which proved to be its downfall. With the Vishwaroopam 2 setback behind him, Kamal is back in the limelight courtesy Bigg Boss Tamil 3, which marks his return to the small screen.

Bigg Boss Tamil 3, which has the potential to redefine the tenets of Tamil television, is slated to kick off today (June 23, 2019) and this has created a great deal of buzz amongst fans. Stay tuned for the latest Bigg Boss Tamil 3 LIVE updates.

Meanwhile, here are the key talking points about the show.

Will Kamal Hit The Jackpot Again?

Kamal did a splendid job as host during the first two seasons and proved his mettle. He added a touch of gravity to the show and never hesitated to give the participants a piece of his mind. The Hey Ram star also made a few political comments, which ruffled a few feathers. The buzz is that he might make political comments this time around as well.

Bigg Boss Tamil 2 clicked with fans as it featured several controversial figures such as Yashika and Thadi Balaji, who grabbed attention in no time. Bigg Boss Tamil 3 too is likely to boast of quite a few interesting names. Vanitha Vijayakumar, Alya Manasa and Mohan Vaidya are some of the stars who might be a part of the show.

Bigg Boss Tamil 3 will be aired daily at 8 PM with eliminations taking place during the weekend episodes. However, there might be no elimination on special occasions. Some ‘wild card' entries are likely to take place as the show progresses.

Bigg Boss Tamil 3 is likely to be bigger and grander than the previous seasons. The ‘Confession Room' is quite lavish and has a classy feel to it. The ‘Jail' is a special attraction and will come in handy while dealing with the ‘worst' housemates. 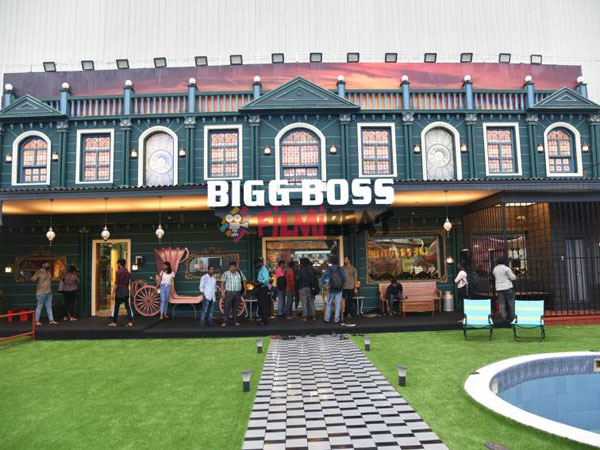 Bigg Boss Tamil 3 House INSIDE PICS LEAKED: The Contestants To Get An Extremely Cosy Home!