There's no denying that 2018 was a pretty good year for Yashika Anand. The bold young girl became the talk of the town when she took part in Bigg Boss Tamil Season 2 and won hearts due to her good looks and naughty antics. The Punjabi beauty also had an 'affair' with heartthrob Mahat which grabbed plenty of attention for a variety of reasons. With Bigg Boss Tamil Season 2 in the past, Yashika is currently trying to make a name for herself in Kollywood.

Now, she is in the limelight for a shocking reason. A fan recently asked her if she was interested in doing a 'lesbian' film for him. Replying to this perverted and unnecessary remark, the Iruttu Araiyil Murattu Kuthu star asked the user if his sister would also accept the offer which ruffled a few feathers. Most netizens pointed out that her reply was quite objectionable while condemning the person behind the rude comment.

This unexpected development clearly proves that celebrities need to be very careful on social media. On the work front, Yashika was last seen in NOTA which did not live up to expectations. At present, she has Zombie and a movie with Mahat in her kitty.

So, what is your take on this controversy? Tell us in the space below. 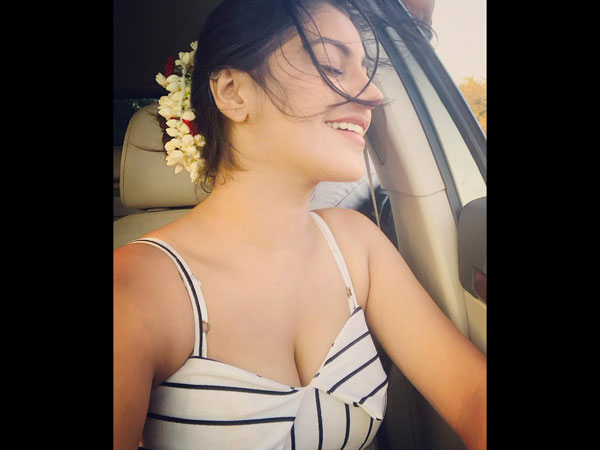 Yashika Anand's Photos Go Viral: These lovely Clicks Of The Bold Beauty Are As Sweet As Sugar