In 2018, actress Chandrika Ravi became the talk of the town, courtesy her bold act in the adult-comedy Iruttu Araiyil Murattu Kuthu, which created a great deal of buzz amongst youngsters. The film, directed by Santosh Jayakumar, featured her in the role of a ghost and this was its biggest highlight. While the film received mixed to good reviews, she managed to make an impact due to her extraordinary glam quotient.

Today (April 5, 2019), as Chandrika turns a year older, let us take a look at some of her boldest photos and wish her on her special day.

Chandrika is seen setting the temperatures soaring in the stunning photo, which might create a great deal of buzz on social media. The bold lady, born to a Malayali father and a Tamil mother, sure knows how to make young men go weak in the knees.

Chandrika's body language is the biggest highlight of her look in this awesome click. The Aussie lady bears a striking resemblance to the late Silk Smitha. As a result, fans often call her the 'Modern Silk Smitha'.

Prior to the release of Iruttu Araiyil Murattu Kuthu, she had said that she never felt uncomfortable while shooting for the film even though it had plenty of double meaning dialogues.

"There was never a situation where any of us were uncomfortable. We all are adults, and everyone who worked on sets knows that we are doing our job here. Any film will be driven by some message or emotion and at the end of this film is quite a sad message. The director has taken every element of storytelling and added some masala to accommodate the younger generation of South India."

At present, Chandrika is gearing up for the release of Un Kadhal Irundhal, which is a Tamil-Malayalam bilingual and has Srikanth in the lead.

So, did you like these photos of Chandrika? Tell us in the space below. 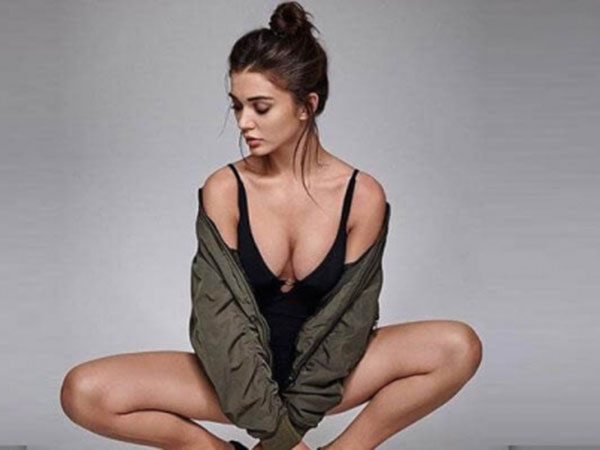 Happy Birthday Amy Jackson: These Stunning Photos Of The Brit Beauty Are Too Hot To Handle