Chinmayi Sripada has openly criticised some of the top names including Vairamuthu against whom she had come up with big allegations as a part of the #MeToo Campaign. She has been vocal about the criticisms and the ill-treatment that she has been receiving ever since such allegations were made.

Recently, she had sent out a tweet in which she had lashed out at producer A Rajan, who had voiced his support for Vairamuthu. She took to Twitter to express her anger and disappointment on the same comments made by the producer during a function.

Producer K Rajan and his open threat to deal with for naming Mr Vairamuthu.

Later she also wrote, "Naming Mr Vairamuthu in 2018 has brought forth a ban and so much shame. There's a producer threatening in the open for naming such a greaaaaat man like Vairamuthu.

As if these people would have trusted me if I had said I was groped by him then." - (sic)

However, one of the Twitter users had come up with a sarcastic reply to this particular tweet in which he mentioned that the only solution is for her to marry Vairamuthu.

At the same time, Chinmayi Sripaada came up with a very composed and befitting reply to this tweet. She gave a sarcastic tone to this particluar tweet and mentioned that she isn't interested in the idea given by the user. Take a look at the tweet here. 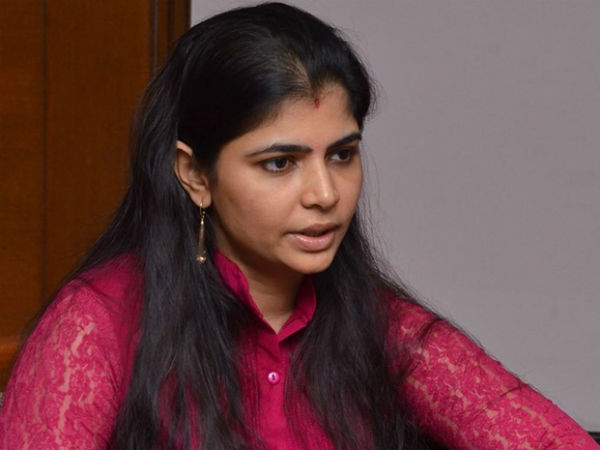 READ: Chinmayi Says That Some Men Take Photos Of Her Chest And Waist When She Wears A Sari