Actor Dhanush recently visited Palani Murugan temple along with his wife Aishwarya Dhanush. Pictures of the actor in temple are going viral on social media. Dhanush, who is awaiting the release of Pattas, has wrapped up the Madurai schedule of his next flick with Karthik Subbaraj. Tentaively titled as D40, the movie stars Sanjana Natarajan and Aishwarya Lekshmi as female leads.

In the viral pictures, Dhanush was seen sporting a mustache similar to that of Rajinikanth's Petta. Produced by Y Not Studios and Reliance entertainment D40 had its major schedule shot in London.
The film also stars Joju George and Kalaiyarasan playing pivotal roles. Veteran Hollywood actor James Cosmo is playing an important role in the movie. James has been known for his roles in Braveheart, Trainspotting, The Chronicles of Narnia, Wonder Woman and Game Of Thrones.


Recently, a video from the shooting spot of D40 made its way to the internet. In the video, Dhanush was seen pairing with Sanjana Natrajan of Game Over fame. The video had Dhanush and Sanjana's wedding celebrations in a rural set-up by their families. Dhanush was seen playing a character named 'Suruli'. Sanjana Natrajan is playing a character named 'Valli' in the movie.

Dhanush, who recently enjoyed the success of his blockbuster Asuran, will be seen in a completely different avatar in Pattas. Pattas is produced by Sathya Jyothi Films. The music for the movie is composed by Vivek and Mervin.


Reportedly, Dhanush will be doing his next with RS Durai Senthilkumar after the duo's hit film Kodi. The Polladhavan actor is also expected to sign up his Vada Chennai sequel with director Vetrimaran. However, Vetrimaran, in one of his recent interviews announced that he has no idea of resuming Vada Chennai now, as it is a huge project.

The Asuran director has officially signed his next film with actor Surya. Kalaipuli S Thanu took to his official Twitter handle to announce the project. Surya, who has been seeing a low in his career lately, is expected to give a blast with his next flick with Vetrimaran. Surya has also signed a movie with Singam director Hari. 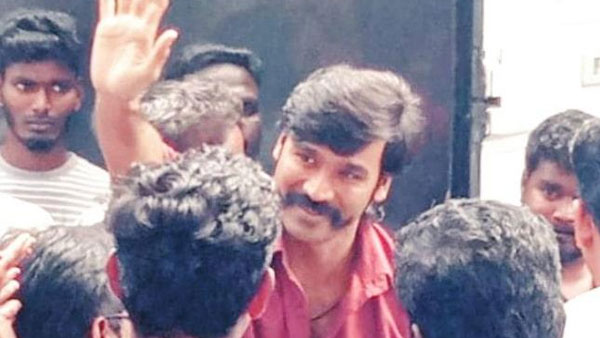