Veteran filmmaker and actor J Mahendran passed away earlier today (April 2, 2019) and this left countless fans in a state of shock. The gifted storyteller first rose to fame in 1978 with the critically-acclaimed Mallum Malarum, which was the first directorial venture of his career. The film, featuring Rajinikanth in the lead, did not have any melodramatic sequences which helped it become a trendsetter.

Thereafter, he directed movies such as Nenjathai Killathe and Johnny and made a name for himself. After proving his mettle as a director, he acted in films like Theri and Petta and added a new dimension to his career.

Needless to say, shortly after the news of his death broke, several stars offered their condolences to his family and paid their last respects.

Rajinikanth offered his condolences to the bereaved family and bid a teary goodbye to his friend and mentor. Many in the industry feel that J Mahendran's Mallum Malarum and Johnny played a big role in helping Rajini evolve as a performer.

Kamal Haasan looked distraught as he paid his last respects to the legend. While recalling his association with the maverick director, he said that he shared a good bond with him and held him in high regard.

"Mahendran is from a village near mine, and this helped us bond even more. I was initially supposed to be part of Mullum Malarum. It was me who orchestrated the combination of Rajinikanth, Mahendran, and Balu Mahendran, and wished them well in their first project together," he added.

Actress Varalaxmi Sarathkumar too was seen as she paid her last respects to J Mahendran. While expressing her grief, she said that the ace filmmaker would never be forgotten.

"Paid my last respects to #mahendran sir..u look peaceful.. you will never be forgotten..!! You should be proud @johnroshan sir of your dad and this amazing legacy he has left behind.. his name will go on forever.. legends are never forgotten.. #RIPDirMahendran sir..!!," she added.

Vijay Sethupathi, one of the most prominent stars in Kollywood, too stood by J Mahendran's family members in their time of need. 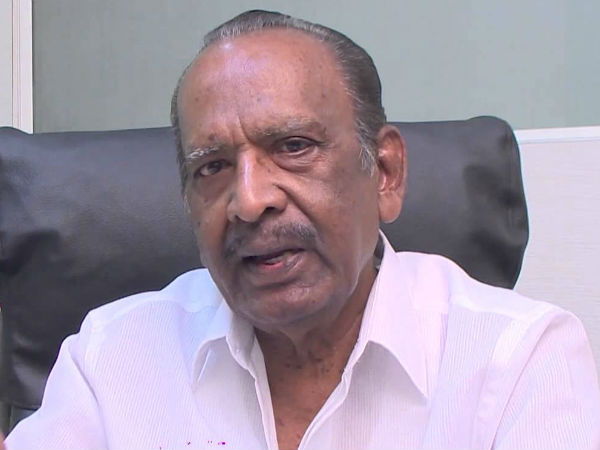