The much-hyped Kanchana 3, featuring actor-director Raghava Lawrence in the lead, hit screens on April 19, 2019 and opened to a good response at the box office despite receiving mixed reviews. The film featured plenty of mass scenes and catchy dialogues which helped it become a rage in B and C centres. Sadly, Kanchana 3 was leaked online within hours of its release and this took a toll on its collections. Now, this week's release K13 has fallen prey to piracy.

In an unfortunate development, the Arulnithi-Shraddha Srinath starrer has been leaked by Tamilrockers and is available for 'free download'. The leaked version is reportedly of high quality which makes things even more disturbing. Needless to say, the leaked is likely to affect K13's box office run big time and this is unfortunate.

Meanwhile, K13 has grabbed plenty of attention on social media. Here are the top tweets.

A slow burn thriller, that picks up from Pre-interval to climax.. Interesting storyline that keeps u guessing till the end.. @arulnithitamil is good and lives up to his reputation.. So does @ShraddhaSrinath @dir_barath has made an interesting thriller.

#K13 @arulnithitamil & @ShraddhaSrinath impresses with their acting skills in this mystery thriller with good prd-interval scenes and quite engaging second half with unexpected twist in the climax. @dir_barath

Half way into #k13 - what's with the story is still a challenge to crack. The director packages the first half with very little scope for us to guess anything about the climax. @arulnithitamil looks comfortable with the role @SamCSmusic does the trick.

#K13 - 3.25/5.. Ought to find good acceptance from the urban centers, multiplex audiences, youngsters... In general, if you like films which demand your brain and attention, then go for it.. Just 1 hr 43 mins.. Worthy..

We sincerely hope that the authority come up with a concrete way to combat piracy and punish those behind the heartless act. 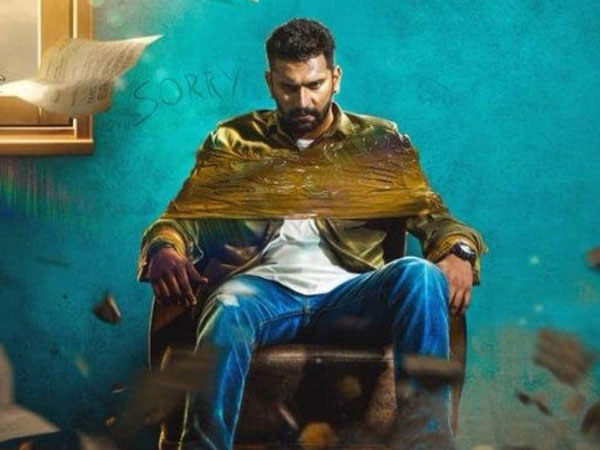