Kaithi is one such film that continues to gain popularity with each passing day. The Karthi starrer has already been declared a blockbuster at the box office and is still continuing its run in a good number of centres. Meanwhile, Kaithi has also made its OTT release through Hotstar and that too exactly a month after its theatrical release. Tamil movie lovers and fans of Kaithi took to social media to express their opinion about the online release, which according to them, happened very soon since the movie is still doing good business in some centres.

Some users were of the opinion that such a move would kill the prospects of movies to enjoy a long run in theatres. However, Kaithi's producer SR Prabhu took to his Twitter handle to make an important statement. He addressed the concern of the audiences through the note that he sent out a few hours ago.

"I see lot of genuine concerns over the 30 day window for films in OTT while running successfully in BO. Theatrical audience will reduce eventually if we continue this trend!? Yes! But, piracy & less terms from 3rd week can be compensated for producers only through this! #Kaithi," (sic) the producer has penned on Twitter.

Nevertheless, Kaithi has already got a huge response on the OTT platform with praises pouring in for the movie from various quarters. There are high chances for the film to become one among the most-watched Tamil movies of 2019 on OTT platforms.

As far as box office performance is concerned, the film has reportedly entered the prestigious 100-crore club. As mentioned above, the movie continues its run in a handsome number of centres even in regions outside Tamil Nadu.

Kaithi has been directed by Lokesh Kanagaraj and it is the filmmaker's second directorial venture. Along with Karthi, Narain, George Maryan, Hareesh Peradi, and others are also a part of the film's star cast. 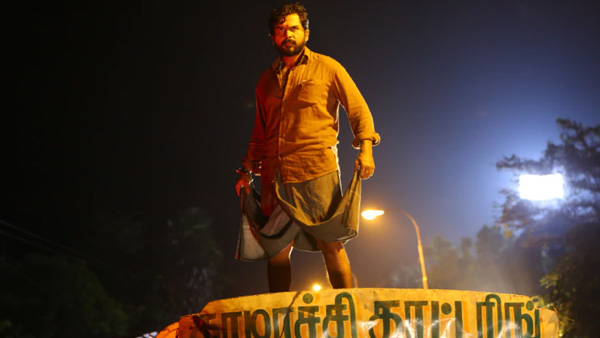 ALSO READ: Kaithi To Make Its Online Premiere On November 25, 2019!