The charming Kajal Aggarwal is beyond any doubt, one of the most gorgeous ladies in Kollywood today. A seasoned performer in her own right, the 'Punjabi Kudi' is loved by all and sundry due to her charming screen presence, lively personality and bindass nature. Now, here is some sweet news for her die-hard fans. In an exciting development, a couple of clicks from the Mersal star's Goa vacation are going viral for all the right reasons. In them, she is seen having a blast and living life to the fullest.

An elegant @MsKajalAggarwal in #Goa

Kajal enjoys a strong following on social media and frequently interacts with fans. These awesome snaps are bound to add a new dimension to her popularity.

On the professional side of things, the 34-year-old actress was last seen in the much-hyped Comali, which did reasonably well at the box office, impressing critics. She currently has the eagerly awaited Indian 2, directed by Shankar in her kitty. The magnum opus marks her first collaboration with Kamal Haasan and this has piqued the curiosity. The film, a sequel to the 1996 classic Indian/Hindustani, features her in a shocking new avatar, which might leave cinemagoers stunned. Siddharth and Rakul Preet too are a part of the cast.

Kajal will also be seen in Paris Paris, a remake of Kangana Ranaut's Bollywood hit Queen.

So, are you looking forward to her upcoming movies? Comments, please! 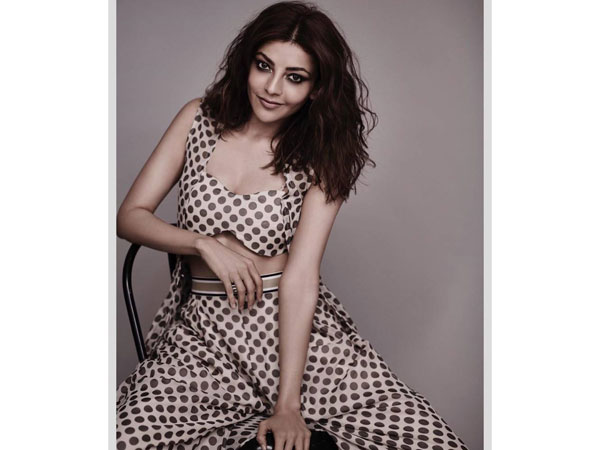 Kajal Aggarwal Was In A Serious Relationship That Ended Due To This Brutal Reason; Sad Deets Inside