Kamal Haasan, last seen in the box office dud Vishwaroopam 2, will be undergoing a leg surgery tomorrow (November 22) to remove an implant from an operation that took place in 2016. The multi-talented artiste, who celebrated his 65th birthday on November 7, 2019, is likely to be quite busy over the next few months, which might have encouraged him to undergo the procedure. One might get more clarity about this in the coming days.

Meanwhile, Kamal 60 (Ungal Naan), an event celebrating the Hey Ram star's contribution to the film world, was held a few days ago and proved to be a success. While the likes of Rajinikanth and Vijay Sethupathi attended the function, Ajith Kumar and Vijay failed to make it, upsetting 'Ulaga Nayagan' fans big time.

On the professional side of things, Kamal is working on the eagerly awaited Indian 2, a sequel to the 1996 cult hit Indian/Hindustani. The film, helmed by S Shankar, has the veteran paired opposite Kajal Aggarwal and this has piqued the curiosity. Actors Siddharth and Rakul Preet to are a part of the dream project, likely to release sometime in 2021.

Kamal will also be reviving Thalaivan Irukkiran, rumoured to be a sequel to the critically acclaimed Thevar Magan.

So, are you looking forward to his upcoming films? Comments, please! 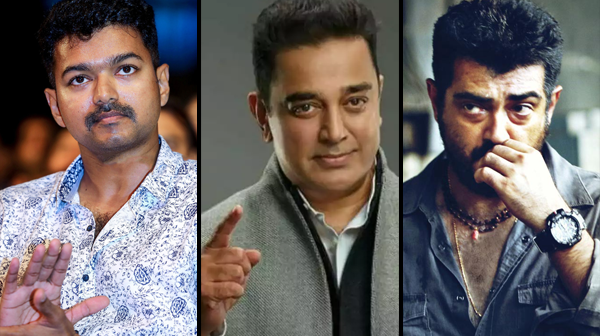