Ponniyin Selvan is tagged as Mani Ratnam's magnum opus and there is a buzz in the industry circuits that this would be the veteran filmmaker's next big directorial venture. The film that would narrate an epic tale deserves a huge star cast and the names of Vikram, Amitabh Bachchan and a host of other bigwigs of the Indian film industry have been attached with this project. However, a final official announcement regarding this film is yet to be made but the reports from our close sources reveal that the star cast has been finalised and here are the characters that each actor would portray.

Chiyaan Vikram will be reuniting with Mani Ratnam after Raavanan through Ponniyin Selvan, the magnum opus. According to the sources, the actor par excellence will be seen donning the role of Aditya Karikalan in this epic movie.

Ponniyin Selvan is being tagged as the first ever association of Mani Ratnam and Amitabh Bachchan. According to the reports from the sources, Big B will be seen portraying the character of Sundara Chozar.

Reports were doing the rounds that Jayam Ravi is a part of Ponniyin Selvan and now, the latest updates reveal that in the actor's first film with Mani Ratnam, he would be seen playing the role of Arulmozhi Varman.

Actor Karthi has also been reportedly roped in for this film comprising a huge star cast. According to the reports, he would be seen playing the role of Vallavaraiyan Vandiyadevan in this magnum opus.

If reports are to be believed, Ponniyin Selvan would pave way for the comeback of popular Telugu actor Mohan Babu to Tamil films. Reportedly, he would step into the shoes of the character, Periya Pazhuvettarayar.

Reports have been rife that Aishwarya Rai would play the role of the leading lady in this big budget venture. According to the sources, she would be seen essaying the role of Nandini, a pivotal character.

Popular actress Keerthy Suresh is also reportedly a part of this highly prestigious project of Tamil cinema. The actress, who would be one among the leading ladies of the film, would appear as Kundavi, in this Mani Ratnam directorial. 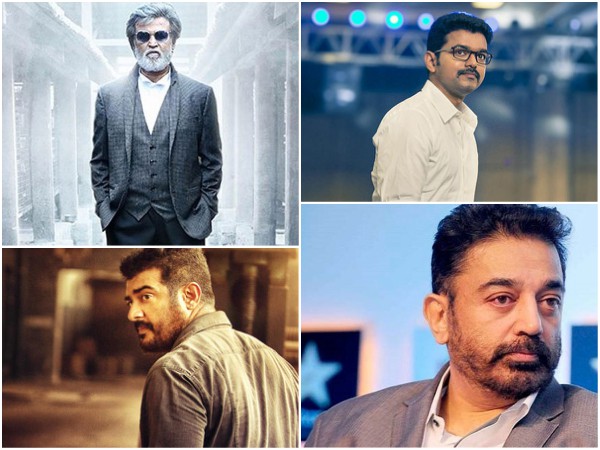