There's no denying that 2017 was a year of mixed fortunes for actor SJ Suryah. In September, he received some shocking news when Spyder opened to an ordinary response at the box office and ended up being a failure of epic proportions. Luckily for the actor-director, his next release Mersal opened to a good response at the box office and saw him impressive fans with his performance.

Two years after the release of Atlee's film, SJ Suryah is in the limelight due to his latest release Monster which hit screens a few days ago and opened to a decent response at the box office. Now, the film has been hit by piracy. In an unfortunate development, Monster has been leaked online and is available for free download which might affect its box office run.

Meanwhile, Monster has created quite a buzz amongst fans and taken social media by storm.

What a wonderful movie !! #Monster is a treat to both eyes and heart. @iam_SJSuryah sir, you got too much potential in you, what an expression.. Vera level

#Monster has its clear vision,neat story ,perfect screenplay and @iam_SJSuryah sir i dont know what's ur idea and also what's ur age because the way u deliver ur acting is pahh chancelessrespect sir @nelsonvenkat awesome one sir

#Monster is the pick of the week! @nelsonvenkat nails it with this rom com that talks about the significance of kindness and compassion. @iam_SJSuryah & @PriyaBShankar_ impress. @justin_tunes rocks!

Piracy is a grave crime and we hope that those in authority find a way to combat it at the earliest. 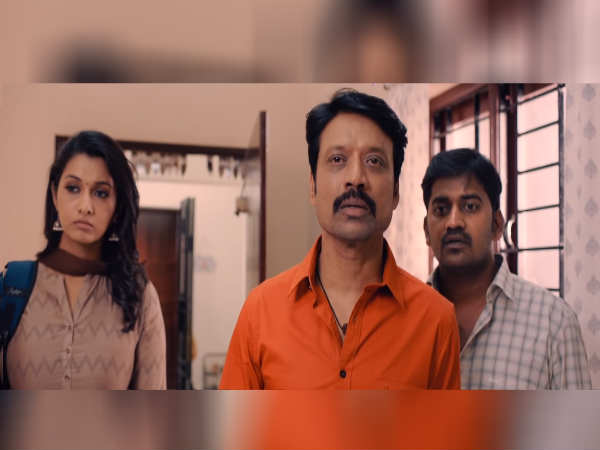 Monster Movie Review: A Delightful Watch For The Family Audience