Teasers and trailers always give a befitting introduction to the concerned film. In 2019, some promos associated with Tamil movies went on to take social media by storm. The cuts, name of the star associated with the film, the genre, the expectations and many such facets determine the popularity of a trailer or a teaser. On this note, here, we take you through the most-viewed teasers and trailers of Tamil movies released in 2019.

Bigil's trailer, which hit the online circuits on October 12, 2019, created a huge impact in the online circuits and offered loads to celebrate for fans. The trailer has already fetched 47 million views so far and along with that, it has emerged as one of the most liked Indian movie trailers of all time.

Kanchana 3's trailer had released in March 2019 and found popularity among all those who were eagerly awaiting the film. Much like the movie, the trailer also went on to be a huge hit and has engrossed over 28 million views so far.

Nerkonda Paarvai is one among the most appreciated films of this year. The intense trailer, which had some hard-hitting dialogues in it, fetched a good response and went on to garner over 16 million views.

Kaappaan's teaser had left everyone quite excited about. The racy teaser promised a high-octane action entertainer. It is one among the most-viewed teasers of this year so far and has fetched over 16 million views.

Adithya Varma, the debut vehicle of Dhruv Vikram is out in theatres now. The first teaser of the movie, which released in July 2019, gained a good acceptance all over. It has fetched over 15 million views so far.

Featuring some magnificent cuts, NGK, the Suriya-Selvaraghavan movie's trailer had promised a lot. The trailer, which left fans pretty thrilled, has garnered around 12 million views so far.

Interestingly, the first official teaser of the movie released by the team is also not far behind. If reports are to be believed, NGK's teaser, which was really an intense one, has garnered around 11 million views so far. 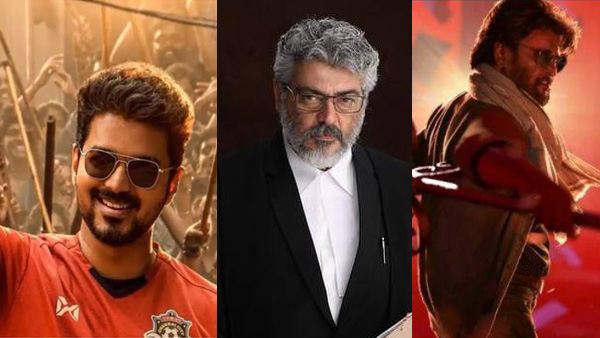