Nayanthara, the lady superstar of the South Indian film industry is on a high with some promising projects in her kitty. The Bigil lady is unarguably one of the busiest stars of contemporary Tamil cinema. Nayanthara is one of those rare actresses who successfully handle both big-budget commercial projects and content-driven films.

Currently, the gorgeous actress is all set to welcome the New Year with the grand release of Darbar, the upcoming Rajinikanth starrer which is directed by AR Murugadoss. Darbar, which features Nayanthara as the female lead opposite Rajinikanth, will mark the actress's fourth onscreen collaboration with the superstar, after Chandramukhi, Sivaji, and Kuselan.

Darbar will also mark Nayanthara's third collaboration with hitmaker AR Murugadoss, after Ghajini and Raja Rani. The highly anticipated action thriller, which features Bollywood actor Suneil Shetty as the main antagonist, has been slated to hit theatres on January 10, 2020, on Thai Pongal day.

Recently, Nayanthara kickstarted the shooting of her highly anticipated project Mookuthi Amman, in which she essays the first 'Amman' role of her career. The filming of the movie, which is jointly directed by RJ Balaji and NJ Saravanan, has been progressing in Nagercoil. Interestingly, Nayan has turned vegan for her character in the movie.

Recently, the actress had visited the Bhagavathi Amman Temple of Kanyakumari and Murugan Temple of Thiruchendur along with beau Vignesh Shivn, before kickstarting the shoot of Mookuthi Amman. Nayanthara has earlier turned vegetarian during the shooting of Telugu blockbuster Sri Rama Rajyam, in which she appeared as Goddess Sita.

After completing Mookuthi Amman, Nayanthara will begin the filming of her ambitious project Netrikann, which is directed by Milind Rau and produced by Vignesh Shivn. As per the latest reports, the talented actress is playing the role of a visually-impaired young woman in the movie, which is touted to be a thriller. 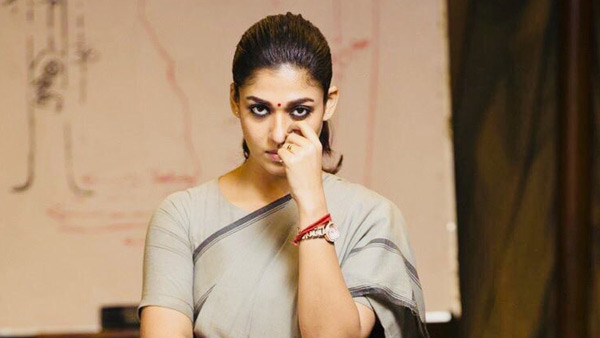