Suriya is definitely eyeing yet another big blockbuster with NGK, the Selvaraghavan directorial that is coming out in the theatres this Friday (May 31, 2019). NGK is one of the big releases of this year and if the reports are to go by, this Suriya movie will be making a direct release in the theatres across Tamil Nadu.

Now, a latest report by Valai Pechu has talked about the reason why the team had to go for a direct release in the theatres based on advance basis. If the reports are to be believed, Suriya had put forward a condition regarding the business of the film.

In the report, it has been mentioned that there has been talks doing the rounds that Suriya had put forward a condition that NGK's business should be higher than those done by Sivakarthikeyan and Vijay Sethupathi movies of the recent times. It is being said that because of this, the talks surrounding the theatrical business of the film in TN got pushed ahead and the team has now decided to make a direct release in the theatres.

Well, not many big movies of the recent times have made a direct release but NGK has opted for this daring step. If the film garners great word of mouth, this step would definitely be a grand advantage for the film. 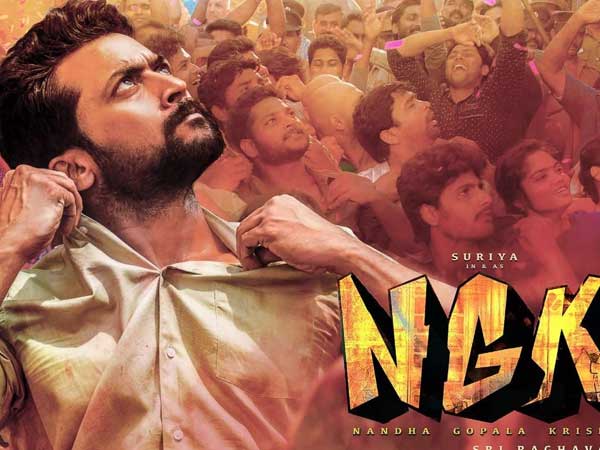