The charismatic and much-loved Suriya is beyond any doubt one of the most talented and sought-after stars in the Tamil film industry today. A powerhouse performer, 'Nadippin Nayakan' enjoys the support of numerous movie buffs due to his charming looks, bindass nature and impressive screen presence. Over the years, Suriya has starred in quite a few popular films and this has gone a long way in helping him prove that he is an A-lister.

At present, he is in the limelight because of his latest release NGK which is slated to hit screens today (May 31, 2019). The film, directed by Selvaraghavan, touches upon the need for new blood in politics and raises a few hard-hitting questions.

The first shows of NGK are set to begin and here is the Live Review.

Meanwhile, let us take a look at some of the key taking points about NGK.

A Big Release For Suriya

Last year, Suriya suffered a big setback when the Vignesh Shivn-directed Thaanaa Serndha Koottam under-performed at the ticket window and proved to be a letdown. The movie never really connected with the masses and this proved to be its downfall. As such, Suriya will be hoping to get his career back on track with NGK.

Will Sai Pallavi Finally Get A Hit?

There's no denying that 2018 was a poor year for Sai Pallavi. Her Kollywood debut Diya sank without a trace and failed to impress critics. Her second Kollywood movie Maari 2 too disappointed big time. It will be interesting to see if NGK becomes her first hit in Tamil.

In 2017, Rakul Preet became the talk of the town for all the right reasons when she acted opposite Karthi in Theeran and impressed fans. She teamed up with him again for Dev which hit screens this Valentine's Day and bombed at the box office. NGK provides her with a golden opportunity to right the wrongs and prove that she is a force to be reckoned with.

NGK's pre-booking report is quite impressive. Most of the shows in Chennai are either houseful or ‘filling fast'. If offline bookings are upto the mark, Day 1 collections are likely to be simply awesome. 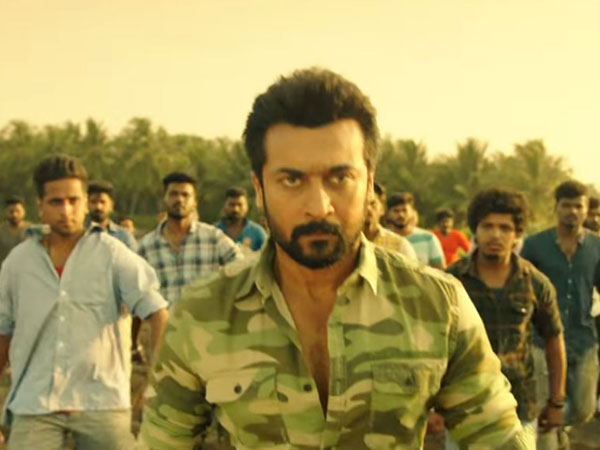 NGK First Review Is Out; Suriya Movie Sure To Take The Box Office By Storm?