There's no denying the fact that Bhumika Chawla is a reasonably popular name in the Tamil film industry. The lovely lady made her Kollywood début with the 2000 release Badri and began a new chapter in life. A few years later, she acted opposite Suriya in the much-hyped Sillunu Oru Kaadhal, which was an important release for her. Even though the film did not do too well at the box office, it helped Bhumika gain some attention.

During a recent chat with a leading website, Bhumika spoke about working with Suriya in Sillunu Oru Kaadhal and recalled a scary incident that took place during the shoot. She said that during a schedule, a woman came out of her house with a rifle and gave everyone a scare.

"Once, we were there on the set for shooting a song. We placed a sound box outside a house and started playing it at high volume. Suddenly, an old woman ran out with a rifle in her hand. Suriya, I and others ran for our lives. We scrambled for our bags, and carried whatever we could and fled the spot. The old lady kept chasing us saying we didn't have permission," she added.

This is quite an interesting revelation and it proves that celebrities too face unpleasant situations in life.

Sillunu Oru Kaadhal, directed by N Krishna, was a romantic-drama and also featured Jyothika in the lead. The film was later remade in Marathi as Tu Hi Re featuring Swwapnil Joshi in the lead. It was also dubbed into Hindi as Mohabbat Ke Dushman, which helped it reach a wider audience.

Meanwhile, Suriya is currently awaiting the release of Kaappaan, directed by KV Anand. The film has Mohanlal as the parallel lead and this could help it do well in Kerala. Actors Arya and Sayyeshasa too are a part of the cast. 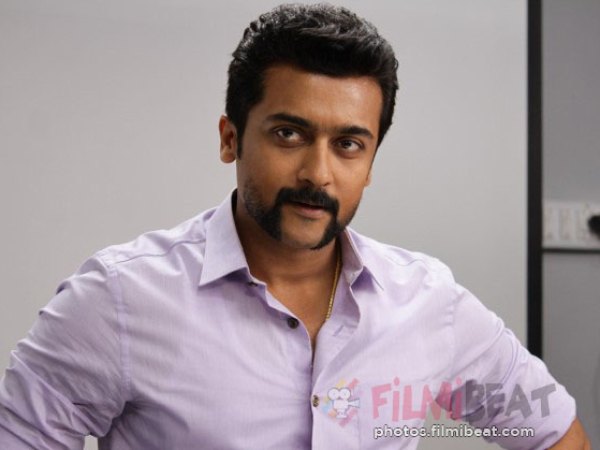 When This Top Actress's Shocking Remark About Suriya Upset Fans