Tamannaah, one of the most established names in Tamil cinema, is gearing up for the release of the eagerly awaited 'Action', starring her as the leading lady opposite Vishal. The film, directed by Sundar C, features K-town's 'Milky Beauty' in a bold and glamourous new avatar that has taken social media by storm while leading to speculation about her dropping her 'no kissing' policy in the near future. However, it seems that Tamannaah has no plans of doing so.

During a recent interaction with the media, Tamannaah said that she will be sticking to the 'no kissing' clause, indicating that there will be no exceptions anytime soon.

"I haven't changed the clause in my contract and I don't know I have stuck to it since I started my career. I just choose not to kiss on screen and yeah it's the same, no change at all," said Tamannaah.

Tamannaah also said that she was not sure about wearing a 'butterfly-like' green dress in 'Action' as it suits only a certain type of body.

"To be honest, when I started I didn't think I had the body to (wear it)... you need to have a certain body to able to wear. I actually went on a diet and lost weight to wear the costume. I felt like I could not have done it if I was in normal size," said Tamannaah.

Meanwhile, Tamaanaah is working on the Hindi film Bole Chudiyan, marking her Bollywood comeback. In it, she is paired opposite Petta fame Nawazuddin Siuddiqui. She will also be in the Telugu remake of the Bollywood hit Queen, titled 'That Is Mahalakshmi', which has her playing the role essayed by Kangana Ranaut in the original version.

So, are you looking forward to Tamannaah's upcoming movies? Comments, please! 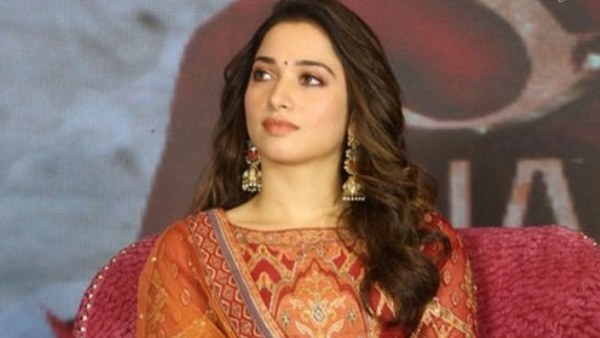