The much-loved Vijay is beyond any doubt one of the most talented and popular stars in the Tamil film industry today. 'Thalapathy', as fans like to call him, enjoys a strong fan following courtesy his dashing looks, charming personality and impressive range as an actor. During his eventful career, he has acted in quite a few commercially successful movies and proved that he is a synonym for success. At present, he is working on Thalapathy 63 which has created a great deal of buzz amongst fans. Now, here the latest updates about the Atlee-directed film.

According to a report in Vikatan, Thalapathy 63 features Vijay in the role of a football coach who tries to fulfil a friend's dream by making his football team the best in the locality. The film also highlights the nexus between sports and local politics.

Vijay In A New Avatar

Vijay has reportedly undergone special training in order to justice to his role of a football player. The buzz is that his fit new avatar will be a major highlight of Thalapathy 63.

The buzz is that Vijay will be seen playing a character named Michael in Thalapathy 63. Moreover, the movie is likely to have a massy title linked to the character name. If this is indeed the case, Thalapathy 63 might turn out to be a feast for all concerned.

The film's satellite and digital rights have been acquired by Sun TV for a whopping amount. While sharing the good news, Archana Kalpathi said Thalapathy 63 is going to be a 'memorable' affair for movie buffs.

"We are very happy to announce that ⁦@SunTV⁩ has acquired the Tamil Satellite rights for #Thalapathy63 I am sure this will join the list of memorable movies that we watch again and again on Sun," she added.

The Stakes Are High

2018 was a year of mixed fortunes for Vijay. While his highly-ambitious Sarkar opened to a phenomenal response at the box office, it failed to hold up in the following days and ended up being a disappointment. He will be hoping to bounce back with Thalapathy 63 and this makes it a crucial release for him. 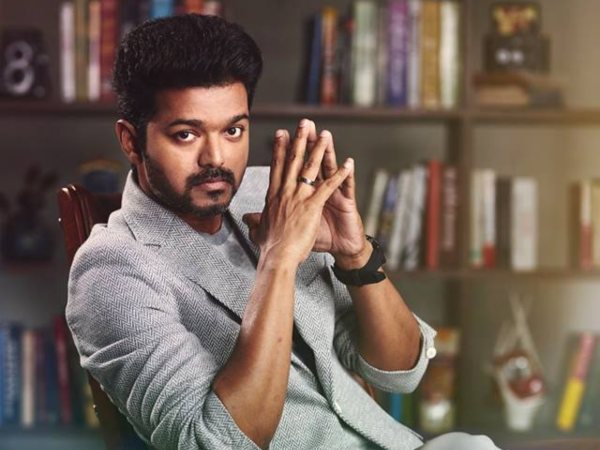 Thalapathy 63: Yet Another Video Leaked From Vijay Movie's Shooting Spot!